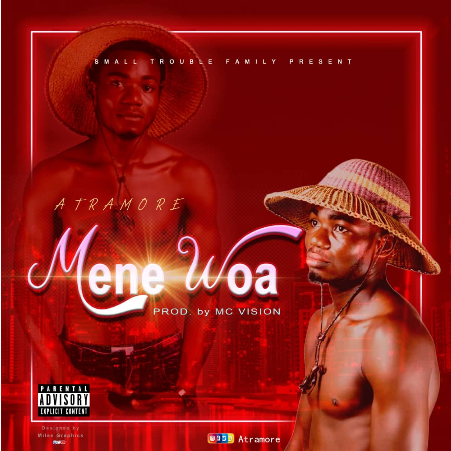 He goes by the moniker Atramore, a young yet talented musician ready to put Ghanaian music on the map.

Born Stephen Atra Mensah, Atramore might be very young in age but same can’t be said of his talent as his roots in music are very deep in the soil making him one of the best upcoming acts. Of course, his voice and delivery on his latest single, MENE WOA will usher him as one of the new lords in the Ghanaian music scene.

Mene woa, a song to soon take over the entire industry happens to be the second single of the talented Afro fusion act.

After the poor performance of his first single, EBANE SEN, the young champ was waiting for a day like this where he surrounds himself with the right team to help push his talent, a laudable idea which is working to plan!

The artiste in mene woa talked about the inseparable bound that exists between two lovers, clinging to each other refusing to let go no matter their circumstance.

Mene woa was produced by Mac Vision and can be streamed on all digital platforms.