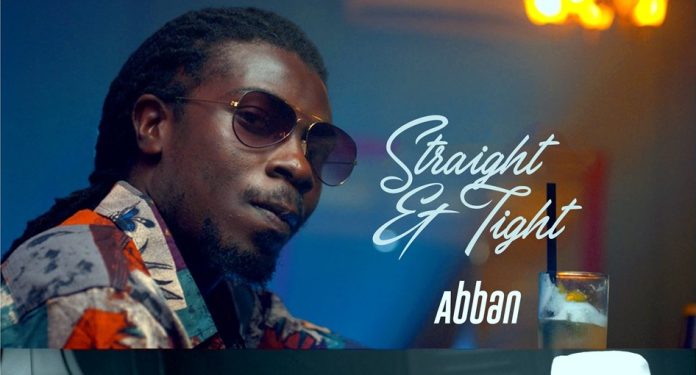 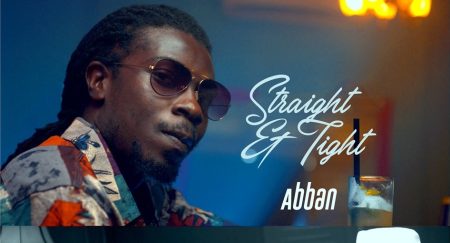 ‘Straight and Tight’ is a groovy and captivating club banger which talks about how to adore and threat your better-half.

Abban sings for the ladies once again on this record produced by BeatMasta. It also serves as a follow-up to his debut EP, ‘The Otherside’.

The eclectic dancehall singer secures one of the biggest dancehall songs as we run up for the Christmas celebration.

The tune is accompanied by a stupendous club-themed video filmed and directed by Prince Dovlo.

ABBAN is a versatile and multi-talented Reggae singer who hails from the Central part of Ghana.

He got breakthrough after following a feature on the ‘Irie Bus Riddim’ project produced by Irie Ites Studios, on which he released a masterpiece dubbed ‘Show Some Love’.

In March 2018, following his deal with Irie Ites Studio, Abban rebranded from Da Governor to his current stage name Abban where he dropped his first official Reggae single “Agoro” and has since won himself massive audience and recognition in the Ghana Music Industry.

Under the auspices of Irie Ites Studio, he later followed up his records with a music on Drug Abuse, titled “Say No To Drugs” to educate the youth on the effect of drug menace. Then after he released  ‘Ahuofe’ and  ‘Pretty Lady’ respectively.  Blessed with the ability to rock the stage with live performance, Abban has climaxed S-Concert, Ashaiman to the World Concert, Kuchoko Festival and almost every major event in the country and proven to be one of the best performers in the country.

Abban deals in different genre of music ranging from Lovers Rock, Root Culture, Hip Life, Reggae-Dancehall but his interest lies more specifically in Reggae. Without doubt, Abban represents the future of African Reggae Music and is ever ready to raise the flags of Ghana high.