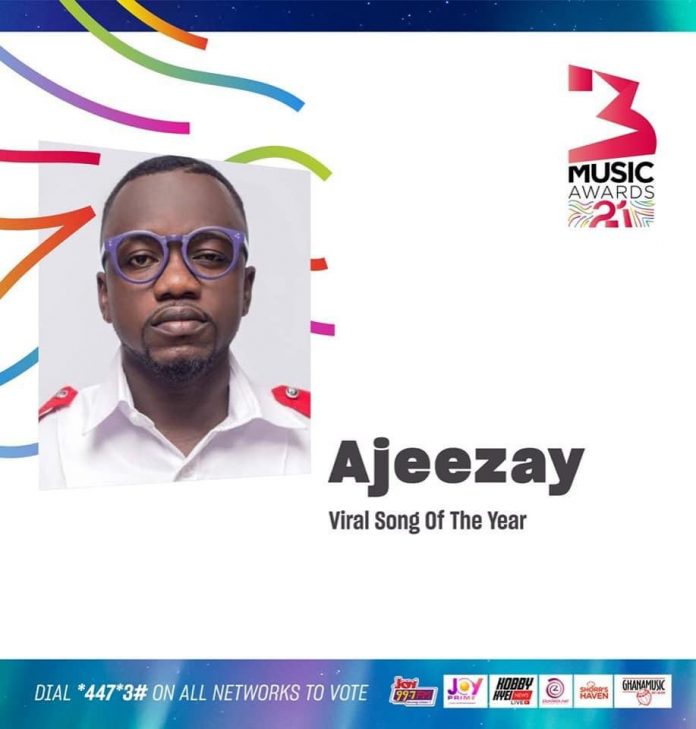 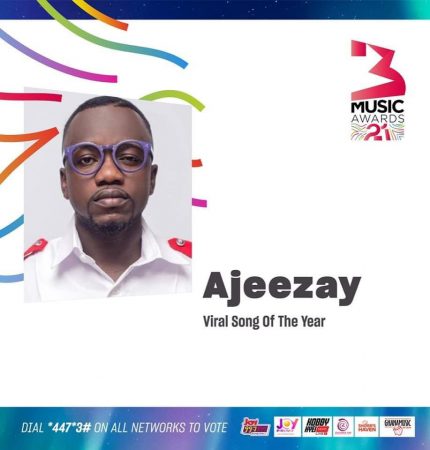 Ghanaian comedian Ajeezay known in real life as Nathaniel Mensah has found himself been nominated alongside major artists like Stonebwoy and Kidi for the best viral song of the year.

Ajeezay who is known for his hilarious remix of songs would be competing alongside some of the big names in the Ghanaian music industry for the prestigious award in this year’s edition of 3 music awards.

The comedian who is known for his hit song Jerusalem Soup (Master KG Jerusalem cover) would be competing with the likes of Emelia Brobbey, Stonebwoy, King Jerry, Kidi, Dead Peepol, Ay Poyoo, and yaw Tog for the best viral song of the year award.

Ajeezay is a one-liner comedian referred to as the Nonfa King or King of Nonfa with nonfa been a Ghanaian jargon for ambiguity.