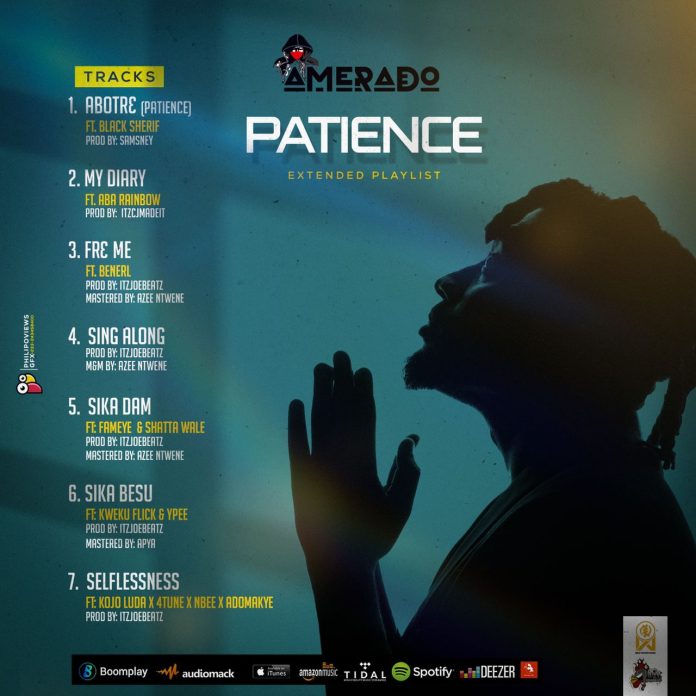 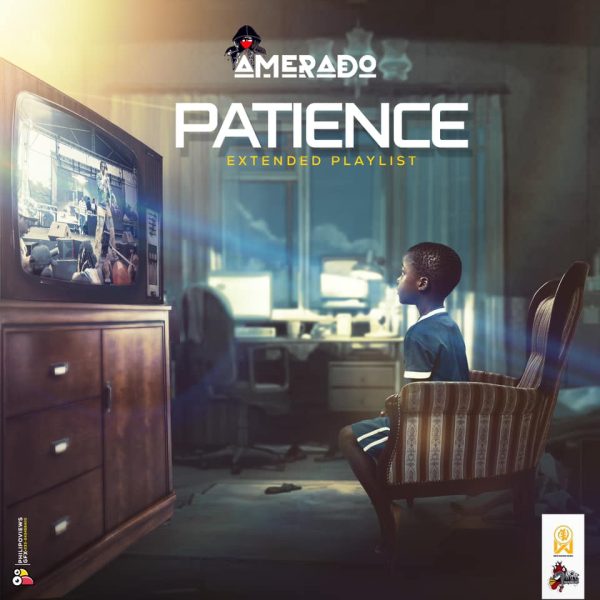 “Patience” is the second body of work of Ghana’s most sort after rapper. A story to enlighten the world on how Patience moves mountains.

Abotr3(Patience) which features Black Sherif sends the message of how necessary it is to be serene. “My Diary” talks about the things planned for the future. “Fr3 Me” in translation “Call me” expresses his wish to be called by his lover, “Sing Along”  talks about how he wants his followers to sing along with him. 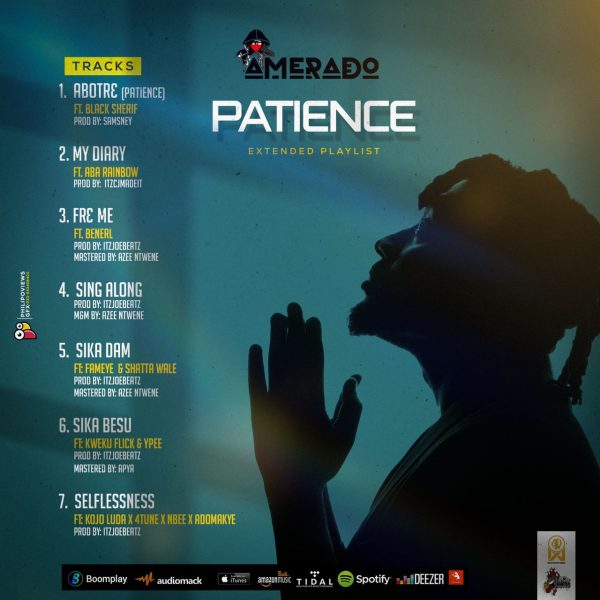 “Sika Dam” meaning crazy over money also speaks about how this generation are willing to do anything for the sake of money and it features the self acclaimed African dancehall King Shatta Wale and Fameye, “Sika Besu” literally meaning Money will cry also talks about how spendthrift he will be when gets money to the extreme.

“Selflessness” speaks how much he is concerned with the needs of others than with himself, he featured four upcoming rappers Kojo Luda, NBee, 4Tune and Adomakye.

The multiple award-winning artiste has numerous hit singles to his credit including “Menp3”, “We Outside”, “Twa So”, among others.