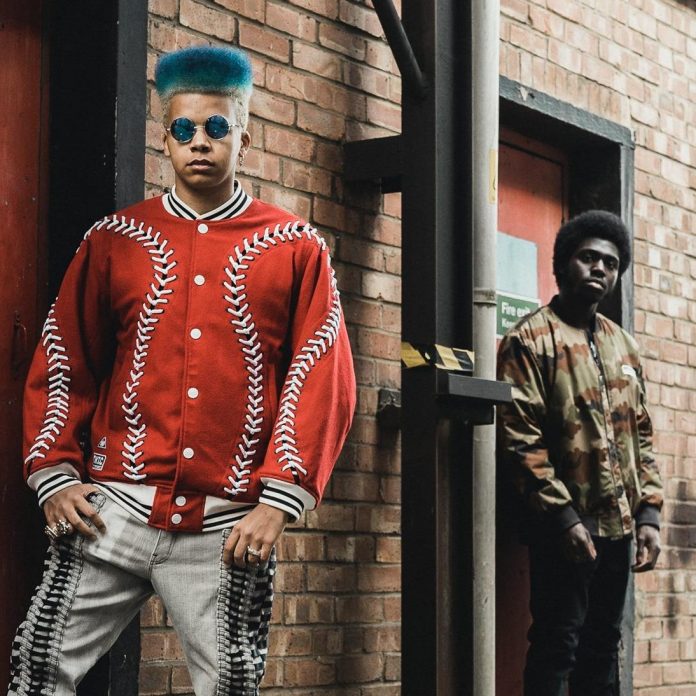 Speaking on the creation of the track, the duo explained: “Sensual loving started out on Drums and a percussion sample then David did his thing on keys bass and guitar then Kaidi did his thing on sax. Ghetto boy then recorded his vocals back in his home studio and the track was extremely fast and fun to make. Originally it was going to be a lot longer but then we wanted the arrangement to have much more of a punchier effect so then you really felt every section”.
One of the fastest-rising production duos in the world right now, Blue Lab Beats consists of producer NK-OK and multi-instrumentalist Mr DM. Starting out as bedroom producers, remixing tracks from A-listers such as Dua Lipa and Rag’N’Bone Man, the pair quickly grew into something far more potent – crafting a supple, wide-ranging sound inspired by the pioneers of hip-hop and the music of the African diaspora while staying true to their London roots.

With over 25 million streams and having played Glastonbury as well as supporting the likes of Roy Ayers and Thundercat, Blue Lab Beats releases such as 2017 EP ‘Freedom’, with its stand out track ‘Sam Cooke & Marvin Gaye’, or 2018’s ‘XOver’, a debut album brimming with hits including the six-million-times-streamed ‘Pineapple’, have proved how popular their sound has quickly become. Releases such as the 2019 EP ‘Vibe Central’, which has features from vocalist Jodie Abacus and Grammy-nominated trumpeter Theo Croker alongside statement track ‘Hi There’, a soulful instrumental sermon that also appears on Blue Lab’s 2020 album, ‘Voyage’, brought them further success. That project finds guests including rapper Sampa the Great, hornsman Kaidi Akinnibi and a talkbox-wielding DT soul bouncing off the remarkable creative chemistry that exists between NK-OK and Mr DM.

Described as the ‘Prince of the Afrobeats scene’, Ghettoboy burst onto the scene with debut single ‘Under Lover’ in 2017, a track that became a viral sensation and propelled him to prominence, sparking a global dance routine in the process. He has since performed all over the world, from headlining a show in Germany, playing with Mr Eazi in Sweden and touring Europe to appearing as a guest for DJ Abrantee, Afro B and Tim Westwood on Capital Xtra. Brimming with sunkissed energy, ‘Sensual Loving’ has been crafted with summer in mind.