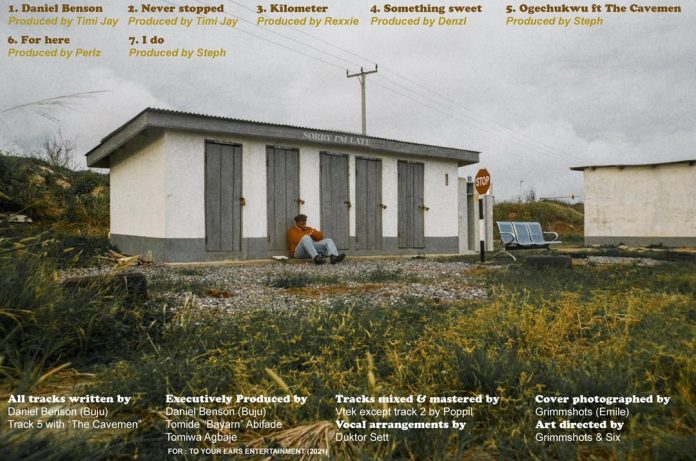 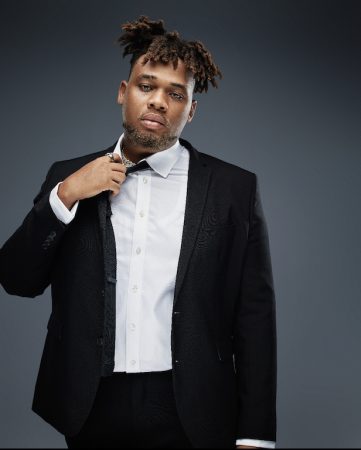 Following a successful outing this year with a chart-topping single, ‘Outside’ and scintillating features on hit singles like ‘Feeling’, ‘Your Body’, ‘Bling’, and ‘Cold Outside’, Buju releases his debut EP titled, ‘Sorry I’m Late’.

One can easily deduce from the EP title that the project has been a long time coming, as Buju can be seen on the cover art placing a call to his past and apologising for the delay. Buju is a young charismatic Afro-fusion singer whose style can best be described as daring, dauntless and relentless Afro-fusion.

The EP opens with ‘Daniel Benson’, which happens to be Buju’s biological name. This Afro-dancehall track is fused with dynamic lyrics through which Buju outlines his successes and strengths. The track relies on modish Afro sound, mid-tempo drum influences caressed by his melodic vocals to score deserved points.

On the second track ‘Never Stopped’, Buju declares that he had never stopped ‘hustling’ and has no plan of slowing down or stopping. On this single, Buju is modest yet fierce with his vocals and incisive with his lyrics, detailing his musical trajectory – his challenges through life’s rough patches, his bold steps towards expanding his intellectual capacity as well as his record of successes.

‘Kilometer’, is an upbeat Afro-Pop single that brings extra spice to the groovy body of work. Produced by award-winning versatile producer, Rexxie, this masterfully produced Afro-indebted tune will see you bringing your A-game to the dance floor, leaving you in awe of Buju’s musical gravitas.

On ‘Something Sweet’, Buju admits in pidgin English that a good mood is an effective ingredient for producing a good melody as he sings ‘..and if e sweet na good vibes I go give them…”,

‘Ogechukwu’ is a dynamic feel-good mid-tempo track with music influences unique to South-Eastern Nigeria. Buju features The Cavemen on this one giving more credence to his versatility and musical prowess.

With lyrics in pidgin English and native Igbo, ‘Ogechukwu’, which translates ‘God’s Time’ will have you tapping your feet and nodding in approval of its tasteful eastern blend.

This 7-track EP is given a fine finish with ‘For Here’ and ‘I Do’, both delivering groovy and playful, yet rhythmic records. While ‘For Here’ is a promise of faithfulness and commitment to his special someone, ‘I Do’ is a confession of his flaws and weaknesses, ones he noted are part of being human and isn’t scared to admit. 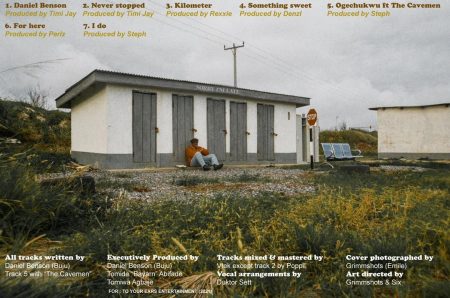 Speaking on the inspiration behind his debut body of work, Buju said: “This is my first project and I wanted to make this one special for lovers of my sound. Every track has its message, vibe and taste that will definitely evoke a unique feeling in every listener. My music pattern is quite distinct and I think it’s because I see myself as a mix of Burna Boy and 2Baba with a sprinkle of Khalid and Frank Ocean. Well, this is just my debut, a lot more is coming soon, To Your Ears!!” he enthused.

‘Sorry I’m Late’ was pieced together by multi-talented producers like Timi Jay, Denzl, Steph, and Perlz, who delivered opulent musical excellence with a pinch of African rhythm. This EP is undoubtedly out to earn spots on playlists and streaming charts globally.

‘Sorry I’m Late’ is out today, October 28th, 2021, and is available on all music streaming platforms here.