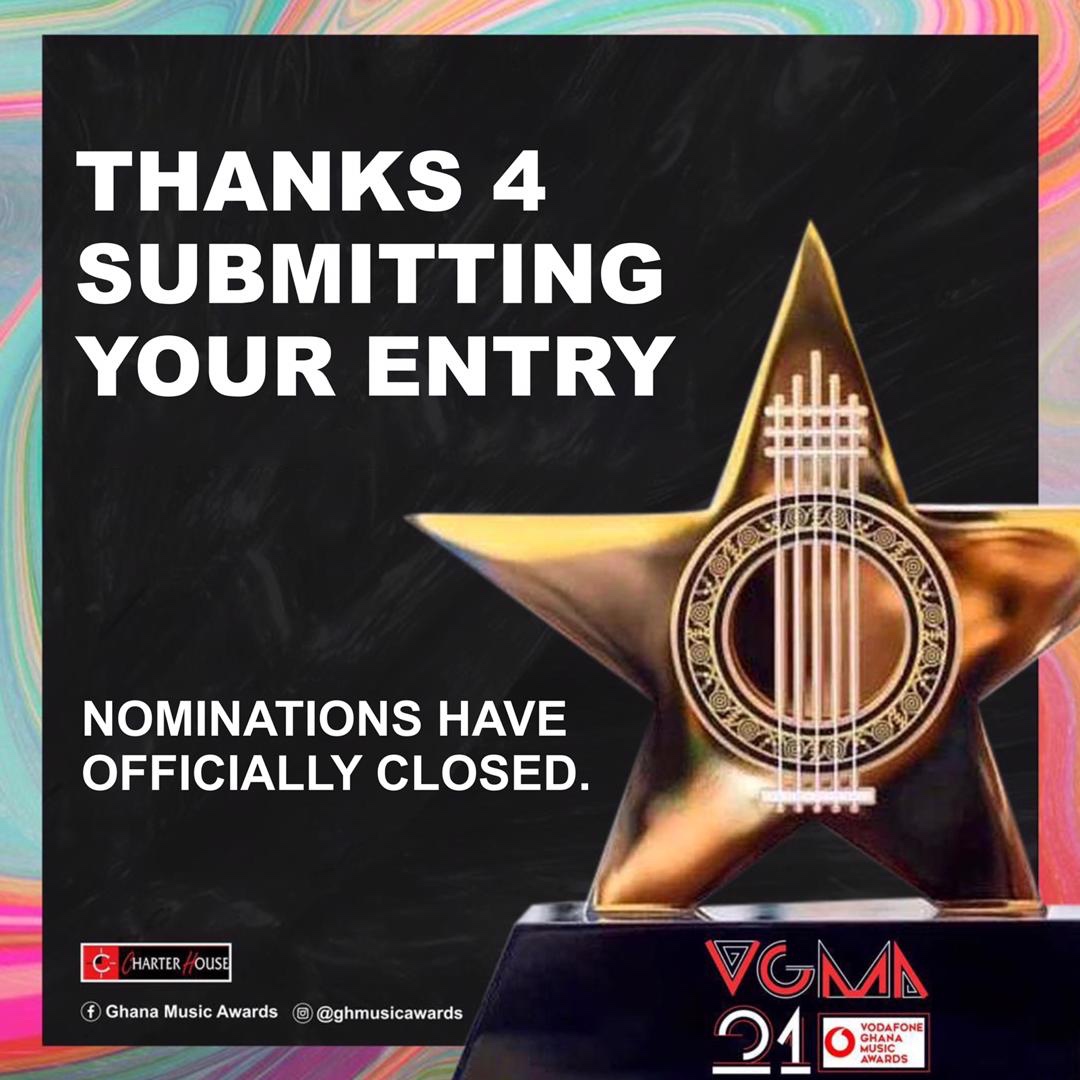 Charterhouse, organizer of the Vodafone Ghana Music Awards, wishes to announce to artistes, artiste managements, record labels, producers, instrumentalists, music writers, music industry stakeholders and the general public, that submission of entries for the 21st Vodafone Ghana Music Awards, for works done in 2019, as of 11:59pm on 31st January, 2020, is officially closed.

A total of 632 entries from both online and office drop-off submissions were received, making submissions from this year’s edition, 32 entries higher than the previous year. Top charting songs from artistes and labels, covering all music genres represented on the scheme, have been received. The next few weeks will be dedicated to the evaluation of entries by the VGMA Board, as per the scheme’s categories and definitions.

While this period is likely to encourage predictions and guesses, it is only at the Nominees Announcement Party, scheduled for February 28th, that we will know who really gets nominated for what. We are confident, that once again, our distinguished board will select the most deserving artistes as nominees for the 21st Vodafone Ghana Music Awards.

We would also like to use this opportunity to inform underground acts and the general public that entries for VGMA21 Unsung Category is officially open. To nominate an act, tag a video/picture with #VGMA21unsung on Instagram, Facebook & Twitter. Nominations deadline is Sunday 23rd February, 2020.

The 21st Vodafone Ghana Music Awards is proudly brought to you by Vodafone, and powered by Charterhouse.