Kojo Spio, the Creative Director for CEEK, a global platform for musicians and creatives, has described the rapidly growing platform as the ‘Netflix for music’

He said: “Ceek in short will be like the Netflix for music. It is the platform that allows musicians and creatives to mainly monetize their work in forms of virtual concerts, exclusive music videos, or even behind the scenes and interviews. So it’s a wide range of first-hand premium content which will be similar to what Netflix does. So that’s the easiest way for people to understand what Ceek is!”

Ceek started about four years ago and the first few years was mainly about developing the concept and platform to what it is now. It’s been working with a wide range of artists from pop stars to afrobeats arts, rappers, to even reality stars as well.

“Ceek is a fully Ghanaian company. We have various people that work within the company but as far as the structure of it, from the creative directors it is fully Ghanaian! We have various other people that work within the company, and I think for the founder, her vision was not to have employees but to have partners so everybody that works with her she sees them as partners,” comments Kojo Spio. 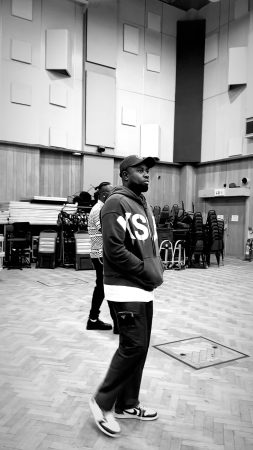 KJ Spio is a leading artist manager and label executive who has gained international success with artists from across the globe such as; Cadet, Big Narstie, Sarkodie, Efya and Blaq Jerzee. KJ’s strategic mindset has seen him nurture talent and build their global presence within the music, TV, sports and entertainment spaces.

A creative in the truest sense KJ has led on creative direction (CEEK virtual concert series), exec production and A&R (Sarkodie ‘No Pressure’). Utilising his experience within the music industry KJ has led on developing label services and consultancy to support the next generation of creative talent. KJ managed leading UK artist Cadet who went on to sell millions of records and gain UK chart position with his hit single ‘Advice’. KJ’s business acumen and creative mindset has seen him partner with the likes of; NFL, Audiomack, IMG Talent, Reebok, Ditto, Moneygram and Belaire to create iconic moments that connect with audiences worldwide.

From creative partnerships to global businesses – KJ’s resilience and passion drives him to continually break ceilings and take talents and brands to new heights.