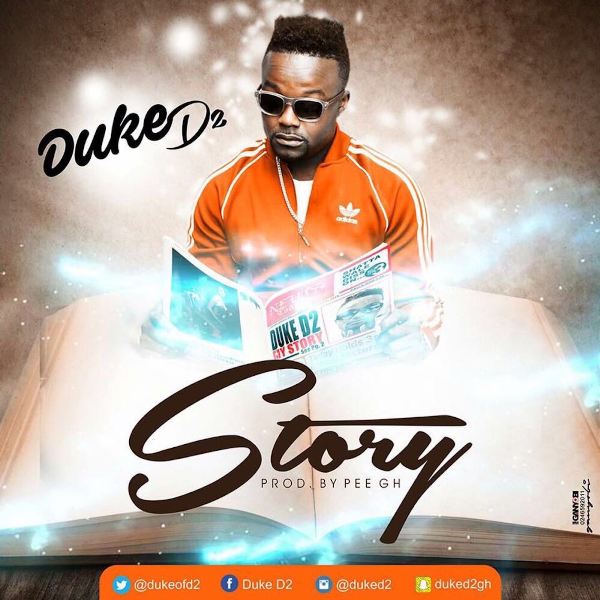 If you follow Duke D2 a lot on social media, it’s quite apparent he took a hiatus from music to spend time with family (his son).

The “Wawane” singer left an encouraging post on his Facebook Fan page sharing the meaning behind the inspiration and emotional song: HMMMM THIS IS ME 6 YEARS AGO AND NOW . I KNOW WHERE I’M FROM AND HOW FAR GOD HAS BROUGHT ME SO I REALLY DUN CARE WHEN PEOPLE WHO DUNNO MY #STORY SAY SHIT ABT ME….I JUST DE DO MY THING!!!! #STORY.”

Sorting out his feelings and emotions; Duke D2 talks about how “Story” song came about. Mentioning that Ghanaians thought he had run away from Ghana and relocated to America which is not so.

The ‘Story’ song was produced by Pee GH and music video well directed by Will Drey of Flash One Films.

Speaking openly about everything that’s been going on in his life, Duke D2 opens things up by talking through some personal life issues that have transpired since he left the Ghanaian music industry.

Looking to be a positive influence for fans, “When people said I never go fit make am alone, I was not bothered. People think when you make it then its juju. Meanwhile others suffer to attain that height in life, he ended.

He’s been featured on singles over the last few years with Shatta Wale, Kwaw Kese, Tizo and more, but his new solo album will be his first under his own label Duke D2 Music.