Creativity thrives in FREEDOM so I’m wondering why our own people who should know better are the ones leading us from the land of Freedom into SLAVERY.

Like I said earlier our job us Creatives is completely different from the normal jobs you see around in fact you can compare it to the work of God because we all Create and we need ABSOLUTE FREEDOM to do that.
This Job is unconventional and comes with a little bit of madness and therefore FREEDOM is a must so I don’t understand why I mean why Mark Okraku who has been an Artist Manager for all these years will want to send us into SLAVERY.

Let me go straight to the point.
The Creative Arts Bill sent to Parliament was suppose to assist us set up a INDEPENDENT COUNCIL which will govern the Arts but gradually it’s being changed into an AGENCY of the GOVERNMENT and if this happens we are DOOMED.
Yes when it happens like this it will suit those in Political Power today but have they asked themselves what will happen to them when their party leaves Power? They will be sacked from office and that will make our Sector now politicized and we the stakeholders will suffer from this political instabilities.

What hurts most is the silence of STAKEHOLDERS who were part of the drafting of the initial Industries Bill which was suppose to make us independent particular Hon. Akunu Dake.

Yesterday we were at the Ministers office to remind her of the National Film Authority Board which will bring into being a Film Council and I’ll urge all of us to go and read the Act 935 and see how independent they are.

Now how can a whole Creative Arts that has Film under it want to become a Government Agency instead of an independent COUNCIL. This kind of thinking sincerely does not make sense and can be likened to irrational thinking.

It cant be sadder than this since after fighting for a COUNCIL for all these years and having a 32 Member Board in place and all it needed was the President’s Reps to Compliment it and all he could do was to sack all of them and replace them with his Daughter and 2 Party foot soldiers who are now trying all their best to move it from a Council to an Agency.
Even if our people are damn kraaa cant we just copy from the film people who are suppose to be under the Creative Arts?

Fact is when Creative Arts becomes an AGENCY and Film Council becomes an Authority the Film will definitely have more Powers than its mother body as in the Creative Arts, now tell me if this is not Madness then what is it.

We fought for years to Change COSGA which was under Government in to GHAMRO which is now independent and Mark Okraku is very much aware so why I mean why does he want to enslave the entire industry when even the smaller Film has got its Independence. I don’t want to use a certain word to describe this.

Let me give you an example before I end and I’ll use something recent so we can all relate.

Do you know why your Cardi B, Samini, Shatta, Sark, Stone, Pzee and others can’t meet your MEET and GREET schedule at your time? its because that’s how we the Creatives exist, we do things at our own time and in FREEDOM
We are NOT your regular Suit & Tie people who conform to norms and earthly time and therefore when you give us 9am you expect us to be there at exactly 9am please it doesn’t work like that.
We battle with a lot of emotions, mood swings and a lot of mental stress so we are not your regular type. Yes we’ll always get the job done but in our ways and that’s why we have managers and all. I don’t expect the normal person to understand this but I’m just stating the fact so if you try to turn us into something different it will just stifle our Growth.
You can say it’s not professional behaviours but in our world we Professionally get it done perfectly in our own way. If you force it you won’t get the best out of us and that’s the Truth.

Honestly we are sick and tired of talking about this Interim Creative whatever that has wasted our 3years instead of 3months for nothing and we might stop talking very soon and we know Posterity will be our Judge.

As for those who know the TRUTH yet have decided to sell our birthright we’ll also leave them to Posterity.

Let’s all have a Pleasant Day as we continue to put Ghana and Industry first instead of our Selfish Interests for the Sake of the Next Generation. 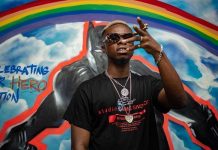 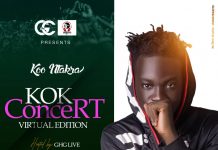