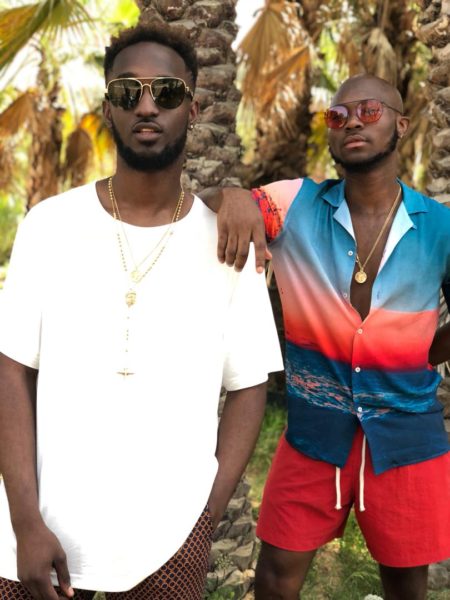 London-based award winning Ghanaian Afrobeats artiste, Eugy have just wrapped up the shooting of his L.O.V.E. new music video on the Spanish island of Ibiza.
The song features ‘Abena’ singer who is riding high on music charts now.
Several behind-the-scenes flicks that were captured of the shoot have surfaced on social media.
Check Out : Medikal – How Much (Remix) (Feat Sarkodie & Omar Sterling) (Prod. by Unkle Beatz)
The singer looked like he was having a blast and having a dance-off with some beautiful video vixens
London based Eugy has had a busy year also, releasing new songs and videos with some consistency. His latest release have been joys to listen to.
Ibiza, an island in the Mediterranean Sea off the eastern coast of Spain is home to quiet villages, yoga retreats and beaches.
Eugy continues to prove he is one of the most exciting and versatile newcomers in the game.
Eugy got his big break onto the music scene when his song ‘Chance’ which featured Nigerian artist Davido went viral on social media platforms
Since breaking into mainstream, he has released songs titled Dance For Me, Body, Mo Nsa, Look Like You, Don Corleone, Give It To Me, Hold Tight, Captain, Soco remix and a number of other songs.