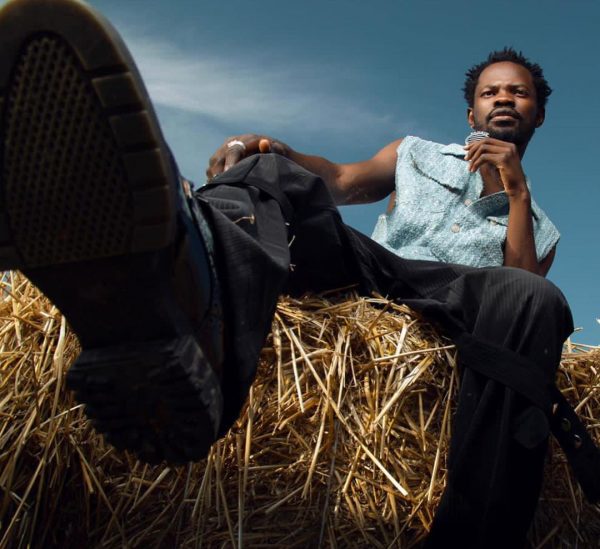 As widely advertised on various social media platforms, award winning Ghana artiste Fameye was scheduled to perform at Manchester at an event dubbed “Fameye In Manchester” on the 28th of August 2021.

The event was to take place at Empire House 2 Empire Street Cheetham Hill M3 1JA United Kingdom but due to the organizer not handling certain requirements on their part, the show had to be cancelled. Young Mission Entertainment who collaborated with EDK Media and Entertainment And Entertainment has issued a press statement to that effect. This is the press statement below:
FAMEYE IN MANCHESTER EVENT CANCELLED

As the International performance booking agent for Ghanaian popular musician Mr. Famiyeh Peter well known as Fameye, we of ‘Young Mission Entertainment’ regretfully write with regards to the cancellation of the Fameye in Manchester event.

The event which was slated for Saturday 28th of August 2021 at Empire House 2 Empire Street Cheetham Hill M3 1JA United Kingdom had to be cancelled due to promoter/Organizers ‘EDK MEDIA AND ENTERTAINMENT’ inability to honor their part of the Artist performance booking agreement contract signed on the 04th of August 2021.

We are sincerely sorry for the inconveniences it might have cost each one who came out to support our artist Fameye.

We promise to be back in Manchester with a rightful and consistent organizer to make this happen. 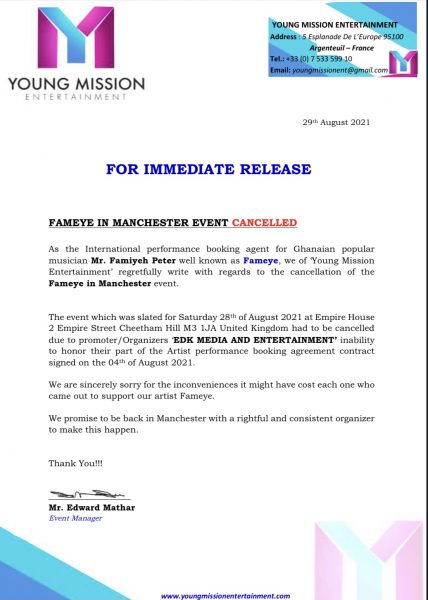 I Am No More Working With Nana Boroo – Kweku Smoke

Clemento Suarez, Aka Ebenezer, Rhyme Sonny, Amerado and more win big at the 2nd Edition of the Comedy & Poetry Awards

Songstress Ama Nova hints of her type of man (WATCH)