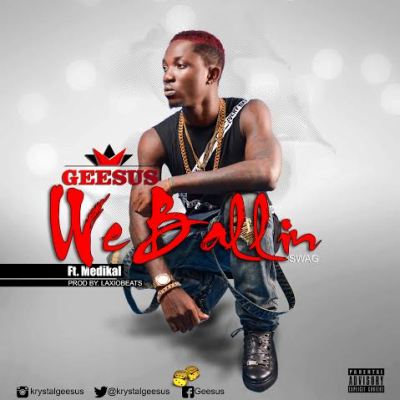 Krystal, the singer/rapper one half of the fast rising hiphop duo from Tema, PhootPrintz has gone solo. Henry George Blagogee will know be known by his popular showbiz name Geesus, and he has a new single, ‘We Ballin’ featuring the latest rap sensation Medikal of AMG Business.Inline image
‘We Ballin’ is an introduction to his upcoming EP, ‘The Humble Hustler’. The which has some heavy collaborations and due to be released soon, and it will showcase his versatility as an artist. PhootPrintz as a duo has credits to hits like “Jackie Appiah” which featured “BiSA Kdei” & “Sarkodie” and a host of other songs.

‘We Ballin’ is produced by his in-house producer, Laxio Beats. Check it out!