From the West coast of the African Continent, that country called Ghana, resides a proud son of the land whose

passion and talent in music is close to an equal to none situation.

From a music oriented genealogy, he is the grandson of hi life mogul Kwabena Akwaboah and son of the legendary

Kwadwo Akwaboah, a Songwriter, Keyboardist and Music Icon formerly with the ever famous Mariots International Band.

That is the man AKWABOAH.

He first announced his musical trademark to the world in 2009 when he wrote Daa Ke Daa for Becca and Ayeyi Ndwom for DSP Kofi Sarpong. Both songs won their respective artiste awards at the 2010 Ghana Music Awards with Akwaboah subsequently being adjudged the Song Writer For the year 2010 for Daa Ke Daa. Again in 2012,

Akwaboah pulled another magic in writing Best in Me for Efya which kept her musical career going through out last year. This will surely win her an award at this year’s music awards.

Akwaboah after years of perfecting his musical art launched his music career last year with the release of his first official single, I Do Love You which is currently enjoying loads of airplay across the country and on other international platforms. This song brings the late eighty’s born Akwaboah out as a great Songwriter and Composer of our time and a magnificent singer whose talent knows no boundaries. One can easily wonder what took him so long in letting the world know about his talent.

With just a song out in the public domain, Akwaboah has carved a niche for himself with his fan base growing from strength to strength as the days go by. His fans keeps yearning for more which prompted him to release a bonus track titled Mesan Agye Wo as an addition to his first single. He is set to release his next single which features Okyeame Kwame soon.

Some few weeks after the release of “I Do Love You”, Akwaboah has already been tagged as the “ladies man” by his fellow GH artistes and some personalities in the media. His personality, composure, attitude, voice, his choice of words and his kind of music as well as other qualities makes him win the heart of many young and affluent ladies in the country. May be, the doubting minds should get to listen to his two songs which are officially out in the public domain.

Born Gladstorm Kwabena Akwaboah, the gentleman is just synonymous to music. Not only does he sing and write music close to perfection, his fingers are blessed with the power of controlling the black and white musical instrument to the core. He is a master keyboardist and has played for several local and international artiste including Hugh Masakela and John Legend.

Akwaboah is currently signed on a management deal with Knockout Concepts and will launch his first album later in year. He tells his fans to just take it easy and relax “cuz he got more for them that will drive them crazy”. Also, he tells them to get more interactive with him through his social media accounts, that is, twitter, @akwaboahmusic and facebook which is Akwaboah Music.

Very single and searching, Akwaboah hopes to raise a family sometime to come. 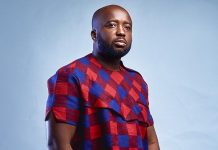 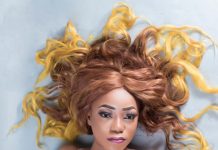 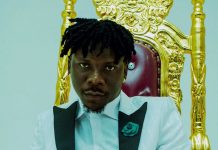