It will come as a shock to people as Kweku Smoke has announced he is no more working with Nana Boroo. Coming into the music industry, his first single which got much attention “Ye Din” featured Sarkodie and was under Bolinga Nation.

In a press statement which was released via Kweku Smoke’s social media handles, it makes mention of an alteracation which indirectly is in reference to what happened between Lord Paper and Bosom P Yung. Also it states clearly that he is not managed by nor working with Boninga Nation which is Nana Boroo’s record label.

No reason was given as to the split but doesn’t really sound good. In all this, he shares a positive message about an impending concert which is set to take place in New York. We wish him all the best. 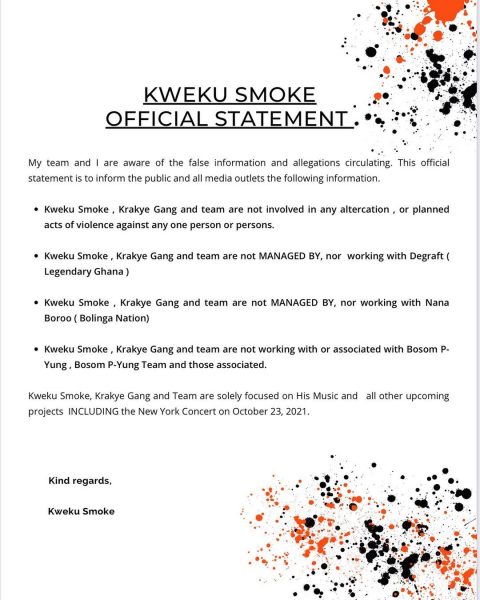