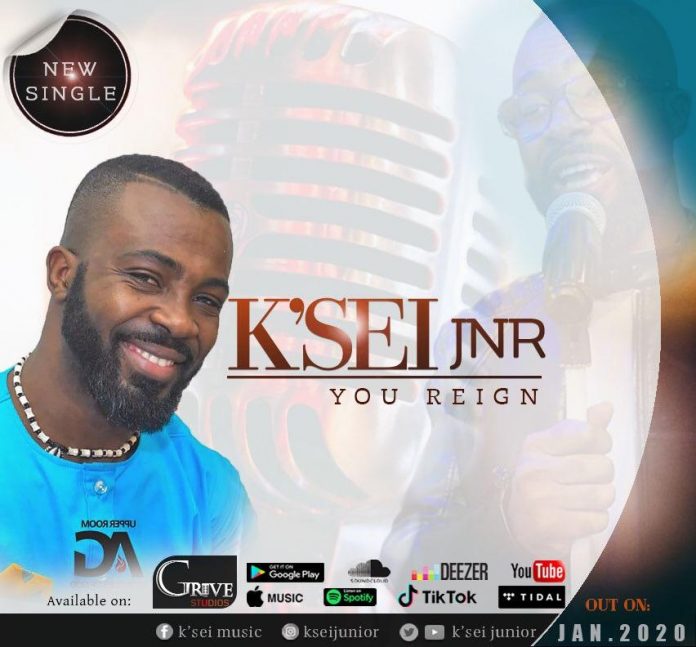 Norris kwadwo Osei professionally known as K’sei Junior .He hails from Efiduase Asokore a suburb of Kumasi in the Ashanti Region of Ghana.
He attended Association Int Sch and futhered in Gompesco JHS, and later continued to the Mpraeso Senior High. Ksei grew up listening to the biggest Musicians Ghana and the world has ever produced, like the likes of Diettick Haddon, Phil Thompson,Bruno Mars, TD Jakes And many others
He began his music career at the age of 13 years but made it professionally when he was 21 years old. He started off as music director and church singer, Ksei is a song writer, music teacher and a singer. His popular quote in life has always been ‘if God is with you, you can’t fail’. Ksei has come a long way as far as Gospel Music is concerned. Ksei will be currently releasing his latest single titled YOU REGIN.