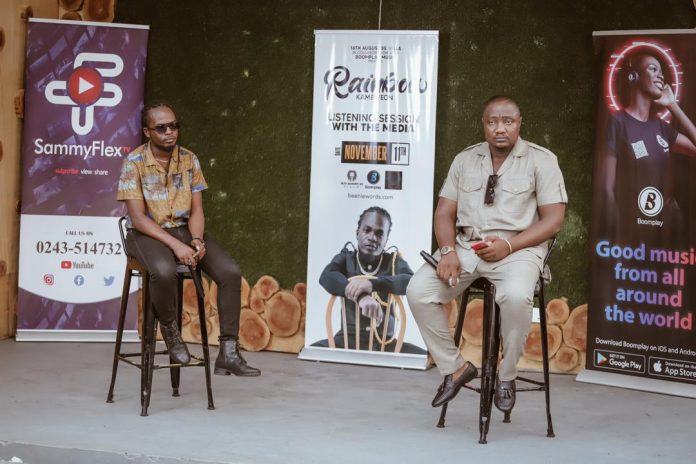 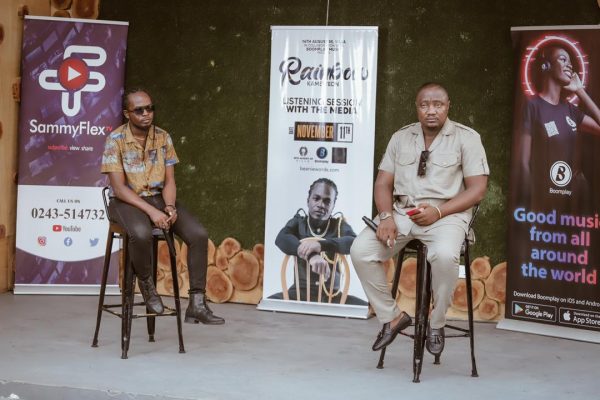 The press soiree held at Oliver Twist Shack pulled various Music Industry gurus, Producers, Sound Engineers, Musicians and more importantly the media. The venue was packed to the rafters with many industry greats and celebrity friends who all showed up to support and congratulate him for a good job done.

“My Rainbow EP is a covenant between me and my fans…because I have been in the industry for more than fifteen years and have been through a lot but this EP will serve as the link and bond for my fans all over” Kamelyeon said. 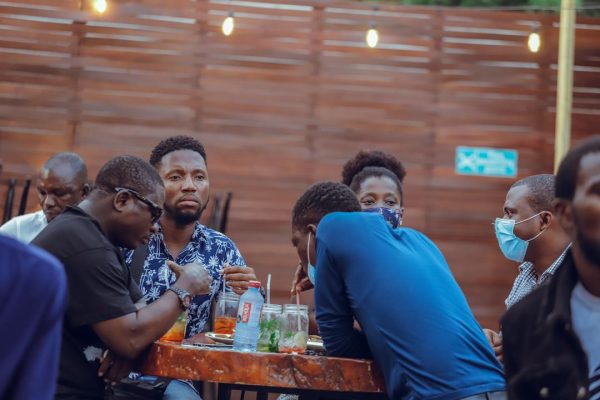 He reflected on the hard work he put into making this masterpiece a success that cannot be easily emulated by any of his peers.
Some of the industry gatekeepers who graced the occasion with their much appreciated presence were the likes of Mr. Haglah of Hitz 103.9fm, popular radio host Sammy Flex, among others.

Also present were Legendary Highlife Musician Obiba Sly Collins, acclaimed beats makers JMJ, Fimfim and bloggers Blagogee, Alexander Fifi Abaka and George Britton as well as Dj Sticker, DjManni from the UK, Joni Blaze and King Lagazee of Lagazee Sound International&Hitz 103.9fm – he was the MC for the night. Ace Publicist ElormBeenie was also there with his BeenieWords.com Crew.

6 songs were produced for the EP by 4 Ghanaian Producers who worked with Kamelyeon on the project. Kamelyeon himself who does Sound Engineering mixed and mastered all but one song on the EP. “Rainbow” EP executively produced by16th August, 85 Villa management (the Record Label he is signed to). 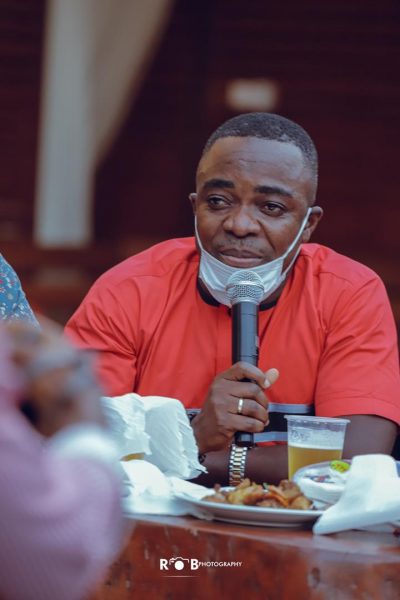 Friday, November 13 the EP will be released via Boomplay Music as well as other Digital Stores. Priority is on Boomplay Music which has partnered for the event. In lieu with the partnership, Kamelyeon will be doing some activations with the streaming company (Boomplay) and giving out some souvenirs from them as he embarks on a media tour to promote his debut EP.

Known in real life as Michael Kwame Alowonuga, Kamelyeon’s musical journey started from his early days as a youth roaming the streets of Accra, where after a number of live battles he mastered the art of weaving words to impress the mind and cause sensual feelings to the body of music lovers both home and abroad. 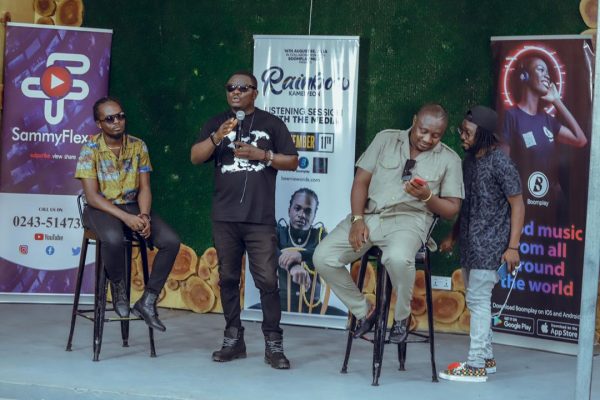