JMJ Baby known in real life as Joshua Raphaelson revealed during an interview with 3fm’s Miriam Osei Agyeman on the Urban blend show which comes off on Thursdays that King Promise is the best vocalist in Ghana at the moment, he said this when asked him if he had passed a wrong judgment about an artiste who could not have gone far. He answered yes and that artiste was King Promise.

He explained that he had the chance to listen to him first but wasn’t too sure about signing him and might be ahead of the game in terms of vocal prowess and the industry may not be ready for him.

He further revealed that he had a record with the amazing vocal artiste which will be coming out soon.

JMJ Baby is an award-winning sound engineer and record producer. Some of his notable works are “Trigga” by Samini, “Too Much” by Kaakie, “Kasiebor” by Obrafour ft. Guru, “Hope” by Sarkodie ft. Obrafour etc.

“Riddim Of The GODS”, a 5-genre project he did in 2019 stands as the biggest riddim project run by an African Producer – the project which cut across Dancehall, Hiphop, Afrobeats etc featured over 30 Ghanaian Musicians. And by far is the most streamed album project on Boomplay Music by any African/Ghanaian Producer.

JMJ Baby won the “Best Riddim Producer of the Year” at the BASS Awards 2013 held in July this year – he has produced albums for Samini, Obrafour, Stonebwoy, and a lot more. He manages two big artistes, Kaakie and KB (Ghetto KB) under his label. 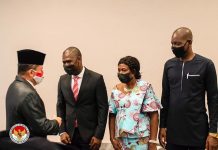 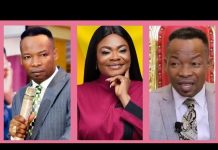