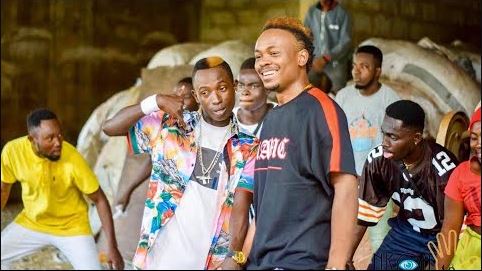 After several days of anticipation, Ghanaian rapper Maccasio has dropped the official music video for his latest single, titled “That Girl”.
The song, which features Patapaa, has been among the top trending songs of the year since its release in July.
In the 3:28 minutes video, the 2018 3Music Awards “Breakout Artiste of the Year” award-winner brings together some great male and female dancers together to drop their best moves.
Check Out : Highly Spiritual’s Krymi Drops New Music Dede
“That Girl” music video was shot in Tamale – the home of Maccasio and features cameo appearances from Zola Music team members as well as the featured artiste, Patapaa.
The mid-tempo Afrobeats song was produced by Ojah Drumz and the video directed by Joe Gameli.
Enjoy the full music video below.