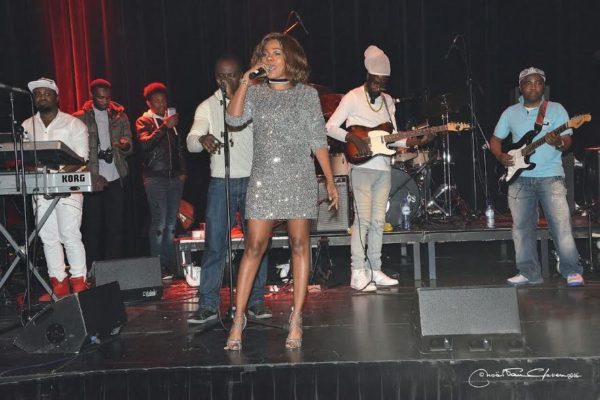 Ghanaian singer Nana Ekua Amoah Belinda aka Mzbel has had a lot to deal with after the 2016 general election due to a comment she made about president-elect, Nana Addo Dankwa Akufo-Addo.

Check Out : Ajeezay – Side n Side (Prod by King One-Beatz)

The singer’s ‘All White Party’ concert in Gent, Belgium organized by Afro Belge was hit with many controversies before the event but it finally happened on Boxing Day.

During the concert, a lady hit the singer with an egg, which interrupted the concert for minutes but the show continued after the attacker was axed away from the event ground.

Organizers and attendees of the “All White Party” held in Gent – Belgium, which featured Pat Thomas and Mzbel, condemned the attack on the “16 Years” singer while on stage December 26 night.

The incident happened when a middle-aged woman approached the stage and threw an egg at Mzbel, hoping that a lot more people will join in and interrupt her performance.

Unfortunately, the crowd got upset, the band freaked out and there was a little chaos which got the woman embarrassed and kicked out. The incident is suspected to be part of negative reactions following Mzbel’s political opinion and endorsement of the NDC presidential candidate H.E. John Mahama in the recent general elections.