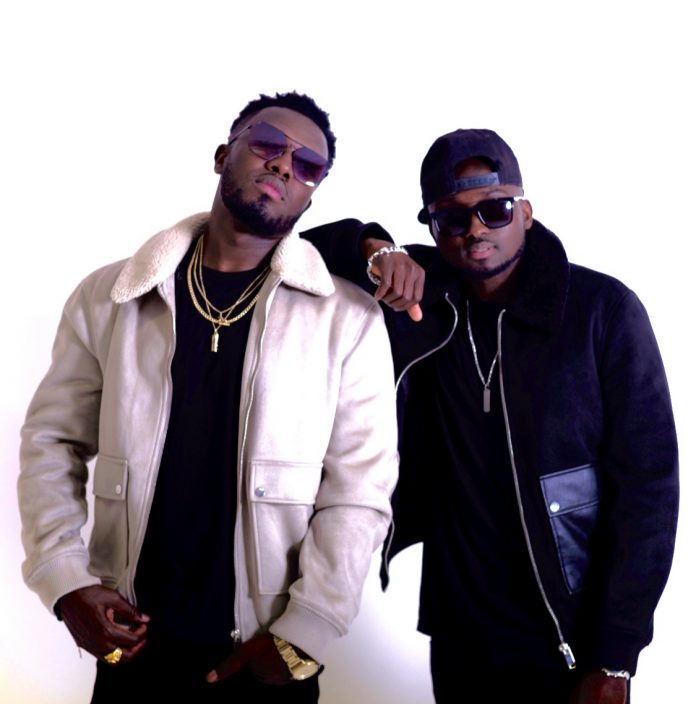 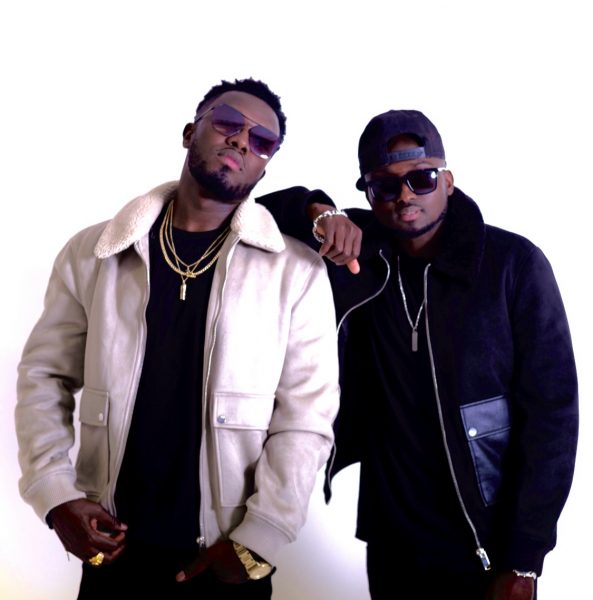 Afro-Pop and Dancehall music duo Reggie N Bollie are set to release their 2nd studio album titled CLARITY on New Year’s Day, Friday 1st January 2021, After 3 years of hard work, consistent releases and performances across the UK and around the world as independent artists, Reggie N Bollie are back with a very solid body of work to affirm their place in the global urban and Afro-pop music scene as a strong force to reckon with.

The British-Ghanaian Afro-pop duo believe their 2nd Album CLARITY is a testament to their versatility and unique music sound. The album is undisputedly their best work yet, drawing inspirations from their life experiences, cultural background and music influences. The duo believe this album could become a blueprint for the ever-evolving Afro-pop and Afrobeats music in the UK and across the world. Looking at the success of their first album which won them several awards in Europe and Africa and also received an endorsement from the President of Ghana in 2018, Reggie N Bollie are poised for more success in 2021 and beyond. 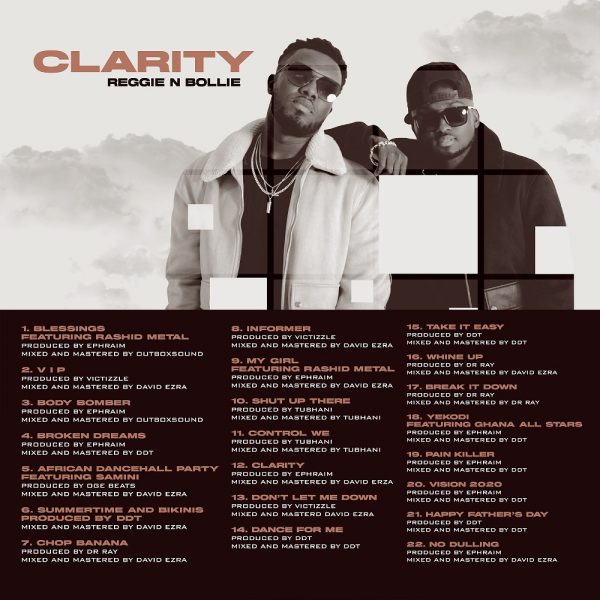 Track-Listing:
1 Blessings Ft. Rashid Metal
2 V.I.P
3 Body Bomber
4 Broken Dreams
5 African Dancehall Party (Ft Samini)
6 Summertime & Bikinis
7 Chop Banana (GTR)
8 Informer
9 My Girl Ft. Rashid Metal
10 Shut Up There
11 Control We
12 Clarity
13 Don’t Let Me Down
14 Dance For Me
15 Take It Easy
16 Whine Up
17 Break It Down
18.Yekodi feat. GH All Stars
19 Pain Killer
20 Vision 2020
21 Fathers’ Day
22 No Dulling
CLARITY means a lot us, the duo said, after several years of experiencing fame, family, industry and challenges, we can clearly see what life as black artists from Africa with humble beginning and big dreams is all about, we can finally see between the blurred lines, the highs and the lows, the love and the hate, the sheep and the wolves, the loses and the gains, the fake and the real, the smoke screen is gone and we can see everything crystal clear.
Reggie n Bollie have come a long way since being mentored by Cheryl Tweedy on ITV UK’s X-factor show and becoming 1st runners up in 2015, they went ahead to sign a record deal with Simon Cowell on his label Syco Music in January 2016 and released their smash hit, “NEW GIRL” which peaked at no.5 in the UK iTunes Charts right behind Beyonce and Drake at the time, number 26 in the Official UK Charts and number 8 in the Scottish Charts. After working with Grammy Award winning Jamaican dancehall artist Beenie Man on their first album titled Uncommon Favours in 2017, they also went ahead to write songs for other artists including the “Cheerleader” hitmaker Omi. The song was released in summer 2020 by Sony Music’s sub label Black Butter.
The album features 22 songs including infectious hits like Blessings, African Dancehall Party and more thought provoking tracks like “Broken Dreams”, “Clarity” and “Can’t Control We”.
PRE ORDER AND LISTEN TO #CLARITY HERE: