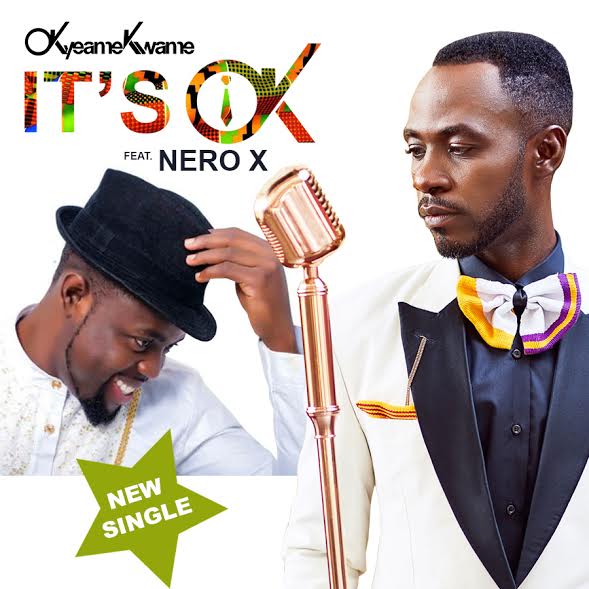 Three things are happening on Okyeame Kwame’s ‘It’s OK’. One – sensational street gospel mogul, Nero X is picking up from where he finished on ‘Osey’, ‘Handkerchief’, ‘Hosanna’ etc. He is responding to the call to inspiring mankind and honoring God through the art. Two – a group of instrumentalists are bringing to life the feel of rhythm, groove, and soothing melodies. I am not spending a second to comment on the horns and lead guitars in this song. It is a discussion we can’t finish. Three – your best rapper alive is serving you a delicacy of hope. He brings to the table a song designed to make you shake your problems off.
I say don’t give up, make you never worry. It’s OK!
Hwɛnagyew’ani, ate?
Mɛmmaawerɛhownnhyɛwo do ai?
You for happy yourself oo, my brother, my sister.
Everything’s go be alright.

What is being said on this record probably has been said before. From the orgasmic, all-time groundbreaking hip hop song ‘Woso’ in 2009, ‘Try Another Time” in 2013 to ‘It’s Your Time’ in 2014, and 2016 banger ‘Hallelujah’, these songs and more have kept our chins up in a way that made life more meaningful. This new one is a reincarnation.

But the difference is that, on this song he’s not your best rapper. That is the idea, apparently. What he seeks to achieve is what music itself has always wanted to – to teach, edify, inspire, and tell you things life itself won’t teach you. Well, that’s OK. 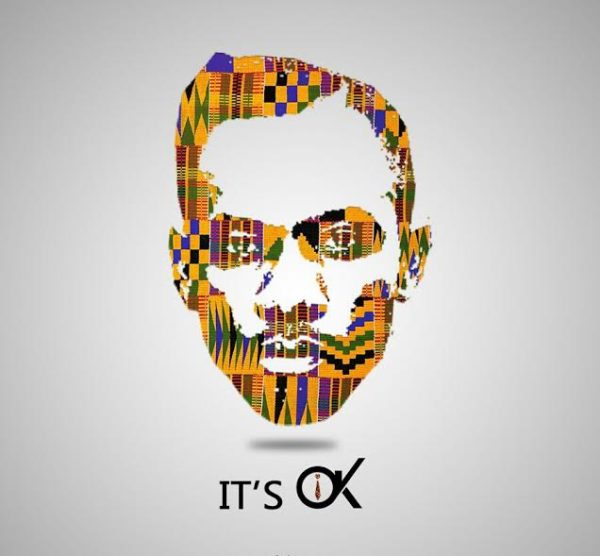 This song is for people who have lost connection with life: the deserted, the dejected, the distressed, the devastated and the disappointed. It’s not for everyone. Nothing is for everyone.
But the nostalgic feeling of enunciated post-independence High Life intertwined with modern synthesizers is for everyone. That is how the song gets to you. It employs elements that make both the young and old tap their feet to the rhythm. Peewezel creates a typical classical hip life beat from a fusion of highlife guitars, brass horns married with hard hitting hip hop drums. So what you get is a mature, but trendy feeling. A classical one!

For anyone listening, you can infer that Okyeame has gained dominance over the production of live recorded music; a thing much to be desired by the average musician.

Although coming from a pop rapper and expected to be braggy, although bearing the name of the rapper by semantics, although created on a beat that is energic, the least he does is to centre the song on himself. ‘It’s OK’ is not about OK. It about anyone but himself. This song is about you…it’s about life that needs to be invigorated.

It’s about the life of the average person described in a metaphoric representation in the character of ‘Kofi Papa’. This is a person of every home. He is unable to fit into society because his problems overwhelm him:

Irrespective of how you regard Kwame as a linguist; by virtue of his educational background in the field or as suggested by his ‘Okyeame’ name, he is that rapper whose prowess over language makes a firm bridge. The semantics of incorporating his name into the song’s title, his application of variety, the multilingual diversity with the use of English, Twi, Ga and Pidgin, his enviable use of end rhyme schemes…all the creativity puts this song ahead of many.

Not to say one should stand at the receiving end of life’s punches in a flawless defeat, the rapper innoculates in us a sense of retaliation to the negativities that befall us. Like the popular axiom entreats us to grab the bull by its horn, “Ɔbrabɔwo a, bɔ ne bi” reiterates this with a pun on ‘Abrabɔ‘ (life) and ‘ɔbrabɔ’ (life beats).

On this song there’s a rebirth of hope, highlighted in what ink and papyrus cannot write; only the heart can beat to. The hard times of today sweep our joy under the carpet so pathetically that we can only cheer ourselves up and on. Hope finally comes to distressed! The didacticism of this theme is so thick that you can cut with a knife.

Worry, don’t worry
Tell no man your story
After he will say ‘sorry’
Ɔdewasembɛkɔakɔtenabaabiakɔka
It’s OK!

Okyeame Kwame’s music goes ahead of himself. He is making songs that are more popular than himself. This one too, like I said bursts your bubble by denying you the feeling of craze. It rather gets you musing. You will find your hand sitting on your chest and saying to yourself, ‘All is well, IT’S OK!”