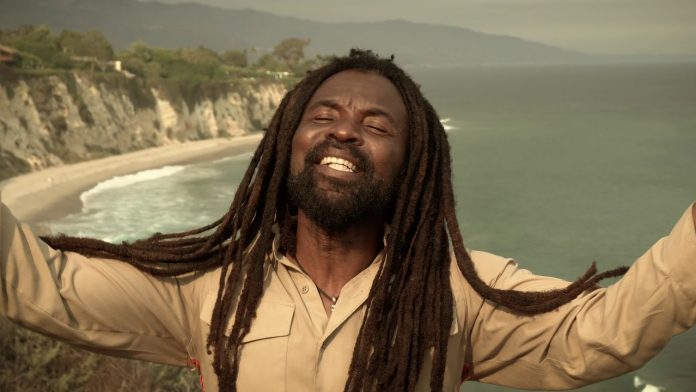 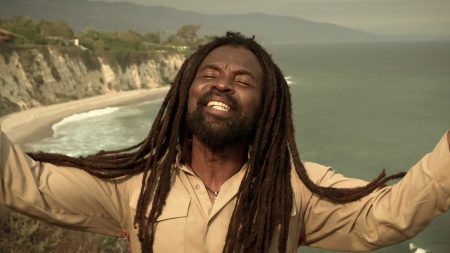 Ghanaian music star, activist and GRAMMY Nominee Rocky Dawuni has just released a colorful new video for “Champion Arise“ off his “Beats of Zion” album (Six Degrees.) Dawuni’s voice is at its emotive best on this combination of catchy choruses and melodic guitar riffs all riding on a hard-hitting modern reggae rhythm produced by Dawuni himself. Rocky artfully combines words and lyrics with a call to action for a spiritual revolution to activate the “Champion” mindset. The video premiered today on popular UK based music site, Music-News.com

Filmed on location in Aburi, Ghana and Malibu, CA, Dawuni states “the idea was to capture visuals that were real, intimate, uplifting, joyful yet mystical at the same time and present them as metaphors to communicate a concept of renewal, rebirth and victory after destruction and defeat. In Ghana, we settled on a location in the compound housing the ruins of the iconic Tuff Gong Africa studio, built by Rita Marley in honor of Bob Marley that got tragically destroyed in a fire in 2010 after its completion. I had recently taken possession of this place with a new vision to bring it back to life. The story of this studio and my current efforts to revitalize and rebuild it back from the ashes into a new center of music and youth culture captures the unspoken moral of video.”

Additional filming occurred on the premises of the renown Woodshed Studios in Malibu, CA, another iconic studio which had parts of the property destroyed in the Malibu fire of 2018. Filming in these creative spaces that have experienced extreme situations but resiliently rising, symbolically represent the spirit of the mythical phoenix rising through fire to ultimately prevail….”champion arise we shall win…”

“Champion Arise carries a timely message of hope, revival and empowerment at a moment when the whole world is undergoing a crisis of disruption and uncertainty in joyfully celebrating the resilient power of the human spirit to overcome the most adverse challenge” Dawuni adds. The video was directed by Jon Riera and Casey Bridges with additional editing by Deborah Koffler.

Stand up and feel the wave as Champion Arise unleashes doses of inspiration to calm your fears and uplift the global vibration!