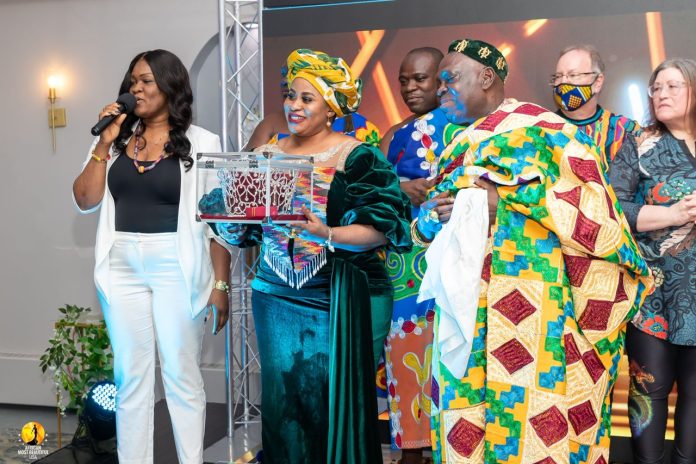 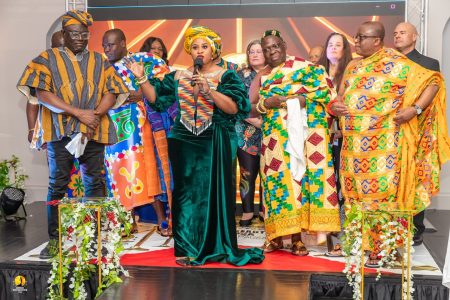 In a colorful traditional ceremony over the weekend, season II of the prestigious African Most Beautiful USA beauty pageant was launched in New Jersey.

The event which took place on the evening of Saturday, March 12 at the Palmyra Club House in New Jersey hosted by popular Ghanaian Actor, Mikki Osei Berko aka Dada Boat saw an attendance of the media, traditional leaders, sponsors as well as stakeholders of the prestigious African Most Beautiful USA Pageant. Patrons were also thrilled with performances by USA based African Artiste including KweSoul, Jay Baba and more.

After a very successful event last year, organizers of the African Most Beautiful USA pageant, Abofrem Area Foundation are looking forward to give participants and patrons an even bigger and better pageant experience. 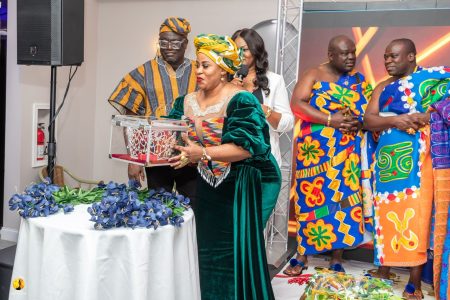 Speaking at the launch, CEO of Abofrem Area Foundation, Nana Akosua Nkrumah Adasa revealed this year’s main event will be held on Saturday, 23rd July on the Cornucopia Majesty Yacht for dinner, dancing and a cruise in New York with exciting performances from celebrated Ghanaian Musicians Mr. Drew, Fameye, Dada KD among others. There will also be a surprise Artiste on the big night, she stated.

The African Most Beautiful USA pageant which had its maiden edition last year seeks to promote the African Culture, traditions and values among its folks in the diaspora.

Congo’s Christelle Awa won the first edition which took place at the Ritz Theatre in New Jersey last year and took home a brand new car, a beautiful crown and a cash price. 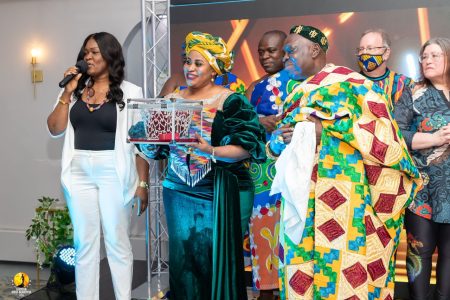 Below are moments from the official launch of African Most Beautiful USA Season II which happened at the Palmyra Hotel, New Jersey over the weekend.