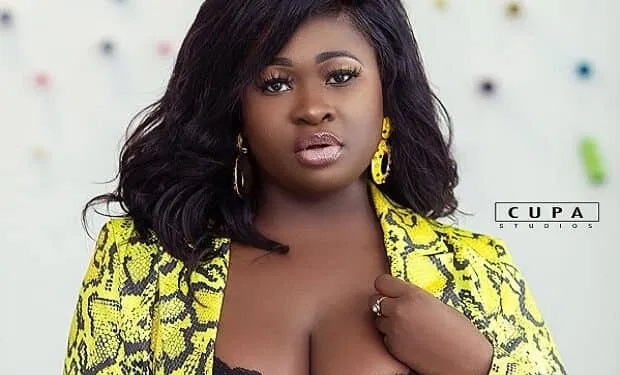 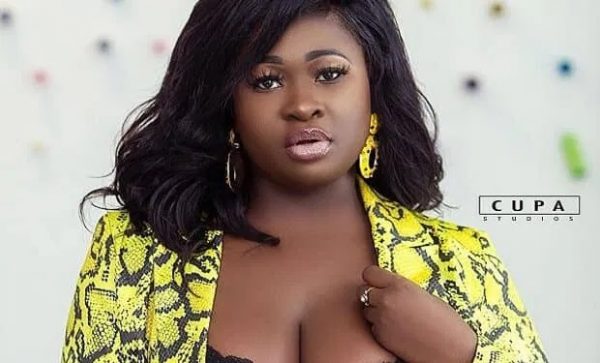 Over the years Sista Afia has been noted for putting young talents on the map and after having a series of successful hit songs and features, she deems it necessary to support the upcoming ones as well.

She posted a video of Freddy Blaze’s new single titled “Dede” with the caption, Where is he I need to work with him ASAP… 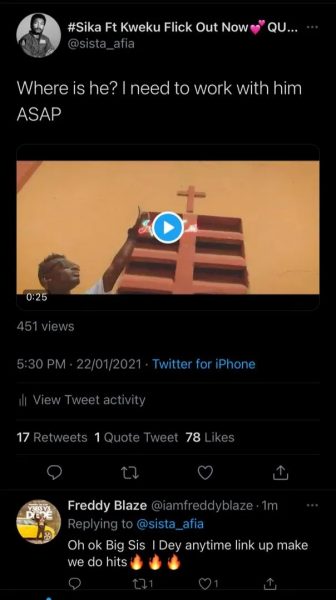 This comes as a very good news to Freddy Blaze and his followers as a collaboration with Sista Afia, the hottest female musician in Ghana will put a huge step toward his music dreams.

Freddy Blaze is currently one of the fast rising musicians in Kumasi, and has worked with big names including Lil Win, Strongman Burner, Amerado, to mention a few.

He is currently promoting his new song titled Dede, the song that actually made Sista Afia fall for his talent. Watch the visuals for Dede by Freddy Blaze below: