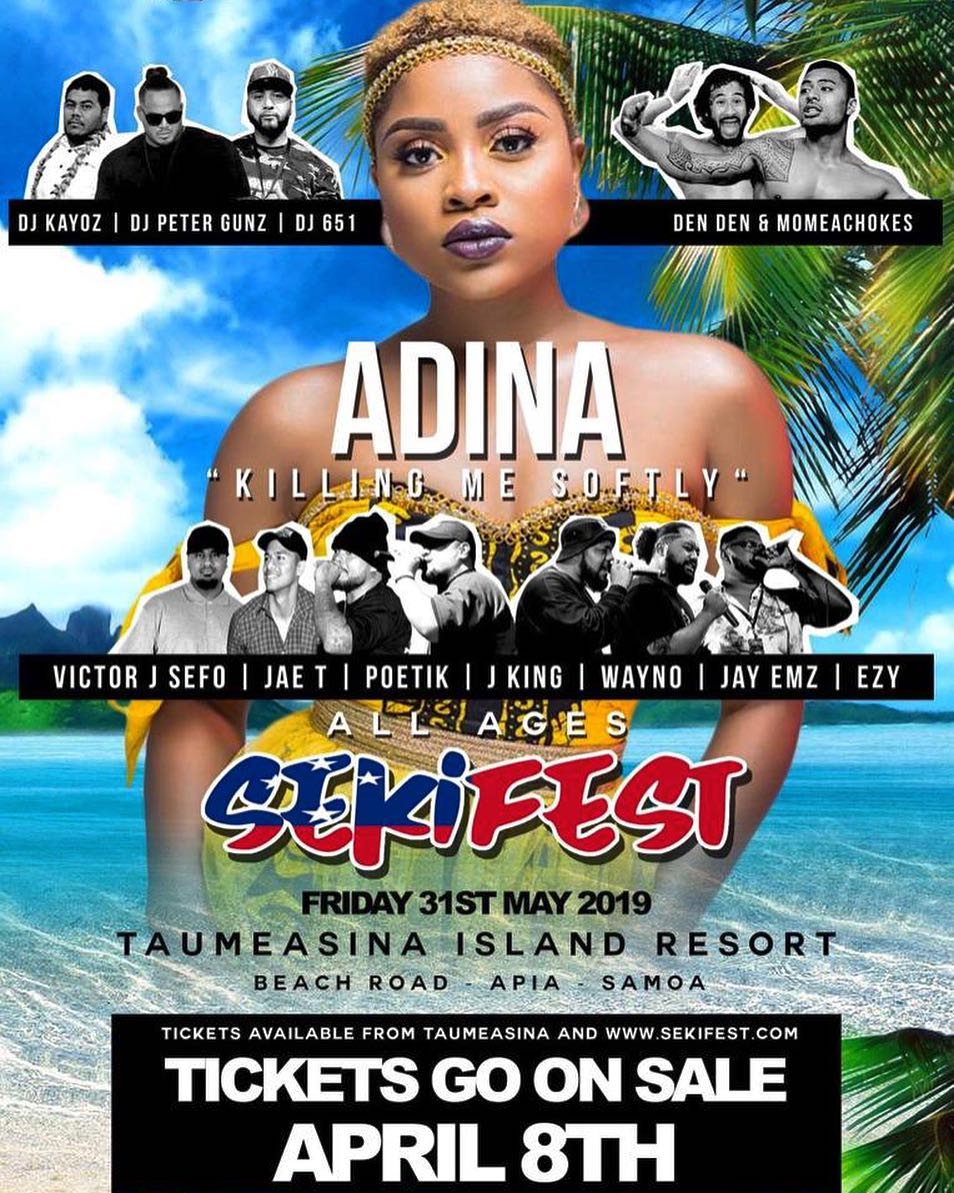 New Africa Movement signee Adina Thembi has officially began her South Pacific tour and she began it with a performance at Seki Fest in Samoa.

Taumeasina Island Resort was the location and artistes from Australia, New Zealand Africa were billed to perform. Adina was the only female act and the only African billed on the show.

The 2 time female vocalist of the year winner at the Ghana Music Awards took to stage at the wee hours of the night and was the last but one performer.

She entered with Too late, followed up with Makona, continued with coastal vibes and ended her performance with killing me softly. The thousands who thronged the island got a feel of her silky voice and her stage craft was just on point.

This show is just the beginning of the tour and there are more others to come as well. Checkout further details about her upcoming g shows through her social media handles