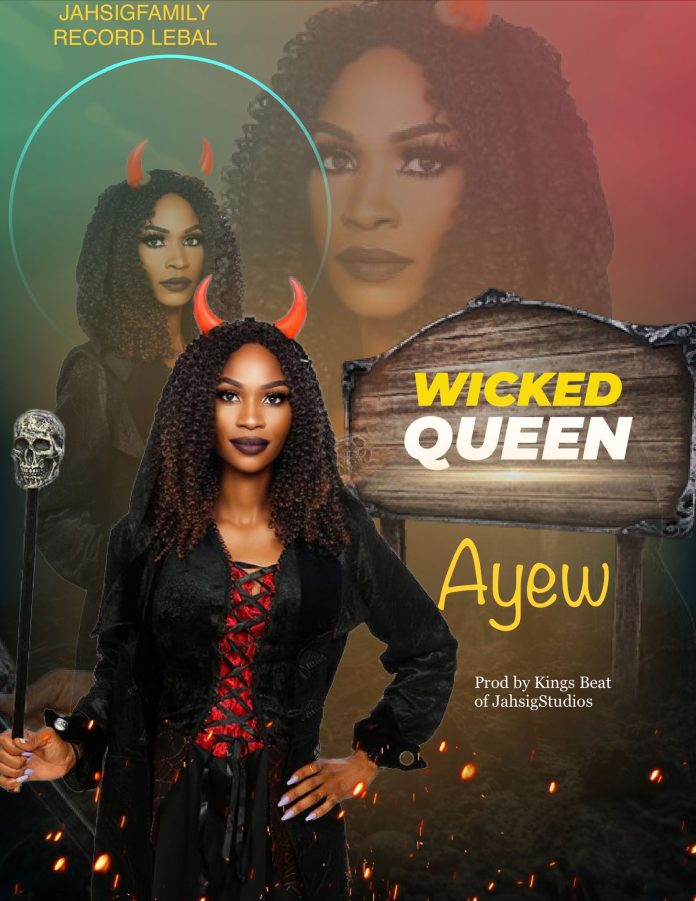 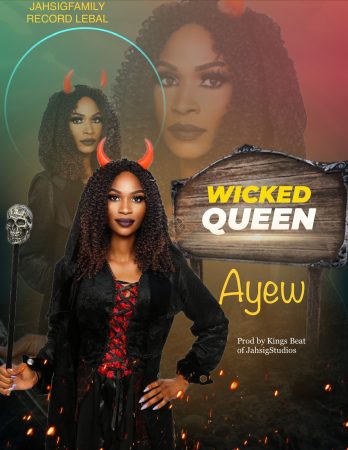 The controversial artiste in her latest song criticizes the Ghanaian government on some promises made in running a better administration when voted in office but happen to be one of the worse in the 4th republic, hence the term “Ayew”.

After launching her music career in 2019, Wicked Queen has “My Hero”, “Wicked”, “Ayew” and a tribute song to her father, and has since dominated the scene which has established her name in the music circle.

Owning a label, Jahsigfamily Record Label which has birthed so many great artists and a recording studio, Jahsig Studios located in Accra.

Aside from music, Wicked Queen is also an event organizer who organizes a yearly event called Afro DressUp Festival in Copenhagen, Central City Hall. Other events she hosts are African Women’s Day in Denmark and Ghana meets Denmark, in Ghana. She also has a foundation called “Afro Dressup” that takes care of the poor and needy in the society based in Ghana.

Moving away from music, She is a health care assistant in Social og SundhedsSkole København, Denmark, and a trained military woman in both Ghana and in Denmark.

Stream “Ayew” via these platforms