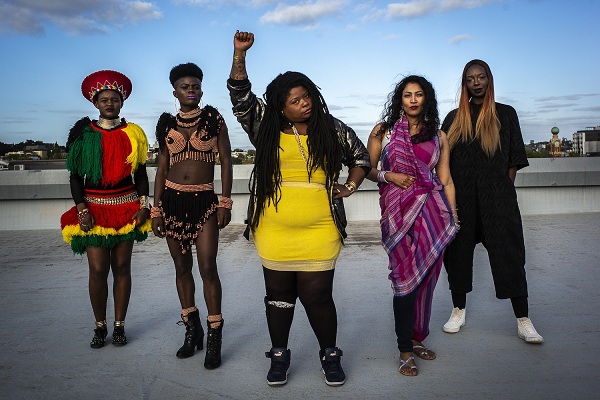 It rained and it was cold, but that didn’t dampen the spirits of thousands of fans at the three day Shambala Festival who rapturously applauded thrilling performances by Wiyaala and King Ayisoba from Ghana.
Check Out : Eddie Khae – Do The Dance (Mixed by XLC)
King Ayisoba performed on the Main Stage and at the Barrio Afrika Stage on Friday whilst Wiyaala featured in four performances with international all female band GRRRL, on the Main, Rebel Soul and Sankofa stages as well as a solo performance on Rebel Soul over the weekend.
There was also a panel presentation about how GRRRL was formed and the respective journeys of all its female members.
It seems nothing can stop Wiyaala in her push for international fame.
Watch this video of GRRRL below!