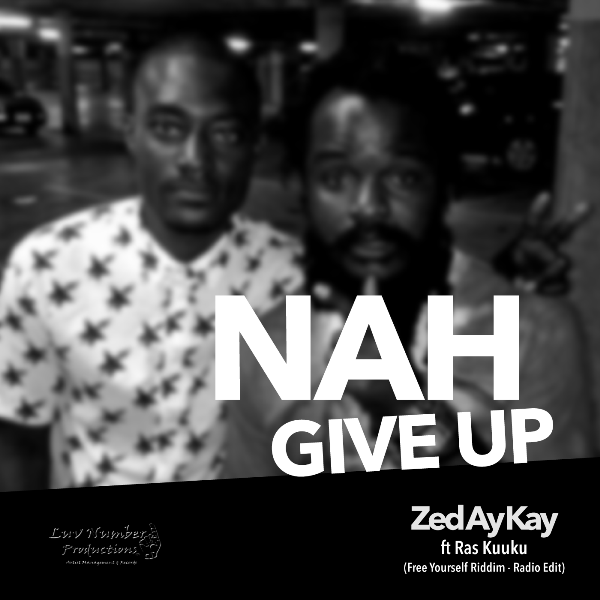 Ghanaian rising star, Zed Ay Kay has enlisted the help of 2017 BASS Awards Reggae Artist of the Year, Ras Kuuku for his new song titled ‘Nah Give Up’ done on the ”Free Yourself Riddim”.
The ”Free Yourself Riddim” project is a follow on to the ”Take Time Riddim”, which took the reggae world by storm. Speaking to Zed Ay Kay on why he jumped on the riddim, he said, ”It has been a privilege to feature on a Luv Number One production, especially as the album features distinguished reggae artists such as Macka B, Deep Jahi, Jah Vinci, Skarcha and many more”.
”As soon as I was sent the riddim, the first person I could think of featuring was Ras Kuuku, which he obliged. The rest as they say is history”, he added.
The ”Free Yourself Riddim” album which features thirteen artists and is available on iTunes for downloads.

Check out : Shatta Wale & Kumi Guitar To Release A Diss Song For Stonebwoy?