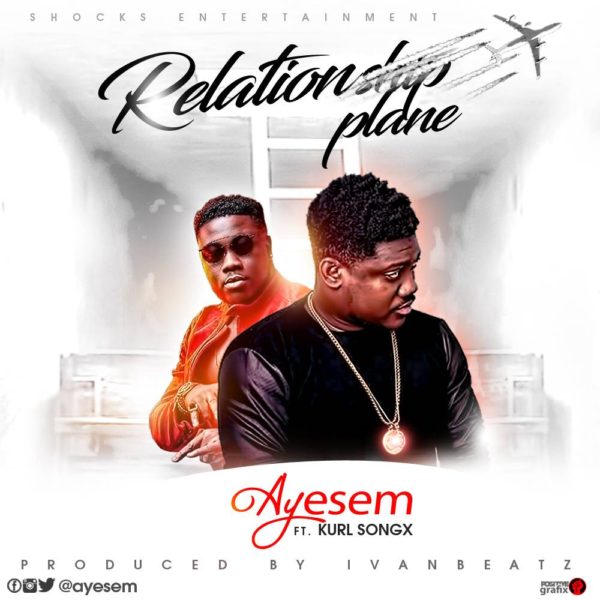 One Ghana’s Fastest Rising Musicians , Ayesem is set to release another hot single with the hottest singer in the country right now Kurl Songx, winner of the last edition of popular reality show, MTN Hitz Maker. Release date of the song titled, “Relationship Plane” is scheduled for Early December and promises to be one of the biggest tunes this Year.

Ayesem said the video has been shot and its directed by popular video director Snares. He is promising fans an audio visual release of this hot xmas single which he describes as the best love song ever created.

The Takoradi based Shock Entertainment signed rapper recently jumped on a tune with award winning rapper Flowking Stone, titled “Bronya Ade” which has taken over the airwaves across the entire country.

Ayesem said this in an interview with Dj YoGa and he went on to say he has more collaborations in the pipeline and his Album is on its way for Early Next year..He urged all Ghanaians to patronise his music and support the music industry.