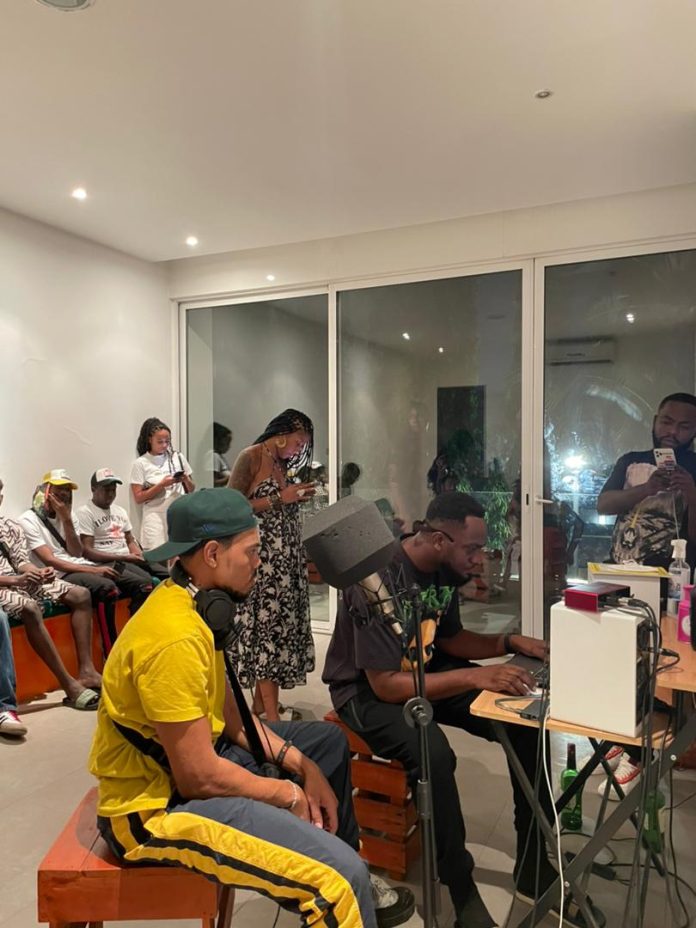 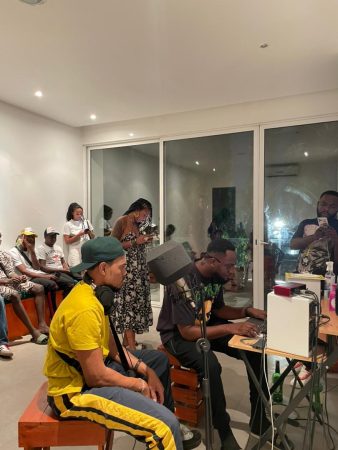 The soon to be released Afrobeats genre was inspired by his recent visit to Ghana and the title of the song, ‘FTY’ is an acronym of Free The Youth (FTY) which is also a creative crew established by Jonathan Coffie and Kelly Foli in 2013, dedicated to connecting Ghanaian art, fashion and design to the world.

The singer has linked up with Tema- based Ghanaian record producer, Zodivc, as the sole sound engineer and producer of the soon to be released Afrobeats song.

Zodivc has worked with several artistes such as Sarkodie, R2Bees, Yaa Pono, Akan, King Promise, La Meme Gang, Gasmilla, Efya among others. Known among his peers as the “Knack Them King”, Zodivc puts a lot of dedication and determination into his productions and this has resulted in him producing consistent ear soothing beats.

Zodiac Asempa Antwi, known in the entertainment circles as ‘Zodivc’ joins the catalogue of budding producers coming out of the Harbour City – the home of Kaywa, Streetbeatz, Kayso and Killbeatz. He shares unique elements which have become characteristic of his body of work making him a producer extraordinaire. Growing up, Zodivc had always loved the ‘Tema Culture’ and has always taken inspiration from there.

Zodivc would go to school early just to join the group of boys that play the school drums during gatherings. He draws inspiration from everyday activities from people around him – family, friends, kids and hawkers to mention a few. He’s always looked up to Kanye West as a role model.

Zodivc serves as a fountainhead of afro-pop, hip hop, RnB and dancehall. He likes to see himself as an Afrobeat mixed with an alternative jazz beatmaker. The foundation of his beats is usually hip-hop filled with sweet chords and voice sampling laced with sounds of African instruments. A recent example of this beat is that of B4bonah’s hit single Work.

After years of battling through the sound production journey, he met B4Bonah, one of the young budding rappers with street credibility in Tema. The two married their ideas resulting in countless music projects. Within the same period, Zodivc virtually produced all of B4Bonah’s songs including one mixtape and the 2017 hit single ‘Dear God’ which received widespread critical acclaim and tremendous commercial success.

American rapper Chance The Rapper has arrived in Ghana as he had previously promised in 2019.

In a video that went viral, he was spotted with fellow rapper Vic Mensa who has been in Ghana for a while.

Unlike his other African Americans from the diaspora, including singer Ari Lennox and Vic Mensa, who came to experience ‘Detty December’ in Ghana, Chance the Rapper arrived after ringing in the new year in the US.

“We are here,” Chance was heard saying in the video. Rapper Vic Mensa also tagged them Ghana boys.

In 2019 at the height of the ‘Year of Return’ campaign, Sarkodie, after winning the Best International Flow award at the BET Hip-hop Awards, urged people in the diaspora to visit Ghana.

“I think Africa has always had it, and it is about that time. This year is the Year of Return, and I will urge each and every one of you here to take a trip back home. When you’re coming to Africa, choose Ghana,” he said.

Following his speech, Chance The Rapper tweeted, “Year Of The Return #Ghana #HipHopAwards19.”

This sparked speculations, with many wondering if the Rapper would genuinely make an appearance in the country.