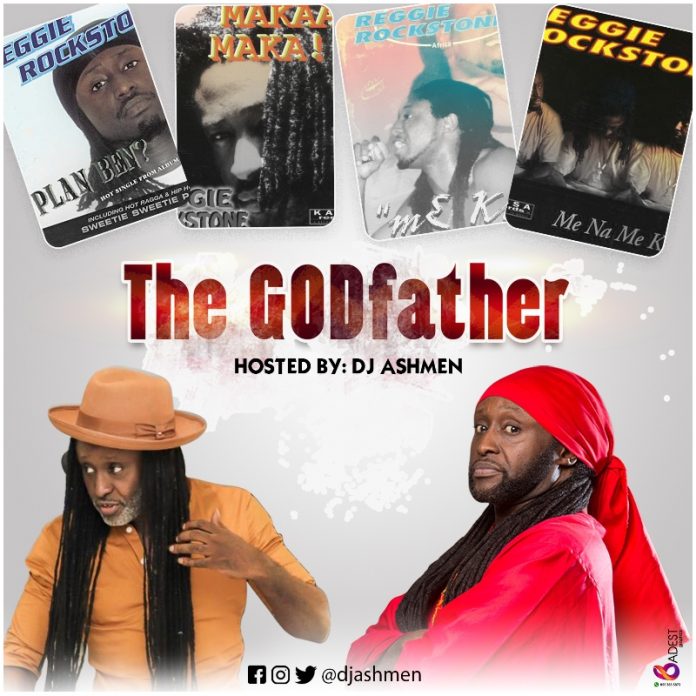 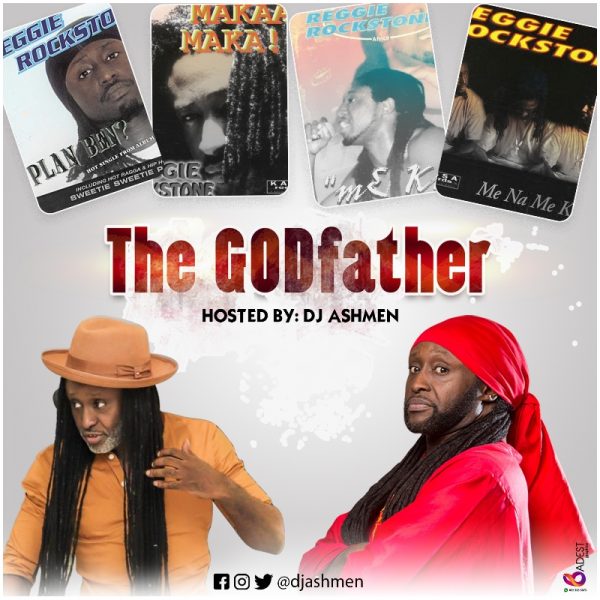 Legendary status is never attained on a silver platter because it demands a lot of sacrifices, focus, dedication, conviction as well as a passion for what one has decided to do.

The name Reggie Rockstone is a household in Ghana. Especially when it comes to the ¨HIPLIFE¨ genre of music. He is credited with the birth of the genre, which is a blend of the original Ghanaian highlife music and a sprinkle of Western rap.

Hence, when Zylofon´s DJ Ashmen decided to eulogize the man described as the ¨GRAND PAPA¨ or ¨GODFATHER¨ of hiplife, he did not hold back but rather went further to release a mix-tape of a number of Reggie´s songs.

DJ Ashmen is an authority and a ¨beast¨ when it comes to archival data on old songs of every genre of music, especially the Ghanaian.

¨I realized Ghanaians don’t appreciate veterans and pacesetters. Ghana is the only country where experienced people are called ¨Outdated¨. Yes Reggie is not outdated; he has new songs with some of the new guys like Sarkodie and co. He even has hits with hiplife group, VVIP even after years of doing music¨, he said in an interview with Alfred Obeng Dompreh.

DJ Ashmen believes this mix-tape on Reggie is in honour of the legend and also, the new generation of ¨hiplifers¨, will take one or two cues from him stock.

¨I did this ¨GODfather mixtape¨ to honor his good works and also for the new generation to listen and learn something from him¨, Ashmen added.

As regards Reggie Rockstone´s knowledge of this ¨praise¨ and how close he is to the ¨Grand Papa¨, as well as his reaction to the mix-tape, DJ Ashmen posited that,¨ Well I don’t really know him in person. The very first time I saw Reggie was at the Children’s Park at Ridge, then at a carnival called ¨Vibal Street Carnival¨, where he introduced Obrafuo for the first time. I was very little then but my big brothers who were much into showbiz took me along and it was a great experience. And Yes! He is aware of this..I even celebrated him on radio last year but this time around, I want to put it on record¨.

DJ Ashmen, is a repository of music knowledge, hence when he was asked if Reggie was the only legend he was doing this for, he said he had much more lined up for the other legends, hence hiplife lovers should keep their fingers crossed.

¨No! There are more in the pipeline which I won’t disclose now, so my fans and lovers of Ghana music (Hip Life & High Life) should be on the look out¨

¨Reggie’s first album was in 1997 which featured songs like ¨Tsoo boi¨ and ¨Agoo¨ as the biggest hits. The Album title was ¨Makaa Maka. In 2000, he dropped ¨Meka¨. The album also housed songs like ¨Mede bebom¨,¨Se wope noa¨, ¨Meka ama no ashe wo¨, ¨Mensesa & Mapuoka¨.

¨ In 2004 he dropped an album to announce his retirement after the death of his father dubbed ¨Last Show¨. That album had songs like ¨Ashi me¨, ¨Last Show¨, ¨Kakye (Ah)¨ (Which featured Kk fosu) & Mmosuo¨, Ashmen continued.

DJ Ashmen is of the opinion that hiplife is dead and he faults Ghanaians for burying that genre of music. Ghanaians are notorious for neglecting their own while adopting that of other.

Most songs in Africa, and especially in West Africa, have their roots in Ghana’s highlife songs.

But Ashmen will always put it, the Ghanaian doesn’t know the worth of what he or she possesses.

DJ Magnus – Azonto Is Back Mixtape

Dj Loft – LOFT IS NOT YOUR MATE (The Dancehall Overdose Mix)