Ghanaian singer Na Akoto has teamed up with Akwaboah for his single ‘Mirika’.
Mirika is an electrifying highlife jam between two great vocalists.
Stream Mirika: https://orcd.co/mirika

Produced by Kcee Beatz, Mirika is accompanied with a beautiful video directed by Twisted Philmz.

Mirika is a song about searching for love – finding a supportive partner rather than one who would abuse or stifle one’s progress.

Listen to Mirika by Na Akoto.

Na Akoto is a Ghanaian singer, who specializes in high-life music. Currently based in Kumasi (The 2nd biggest City in Ghana), Na Akoto is credited for songwriting and performing on Mr. Oduro’s 2000s hit single Abiba. 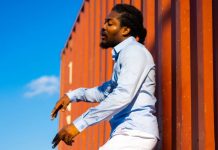