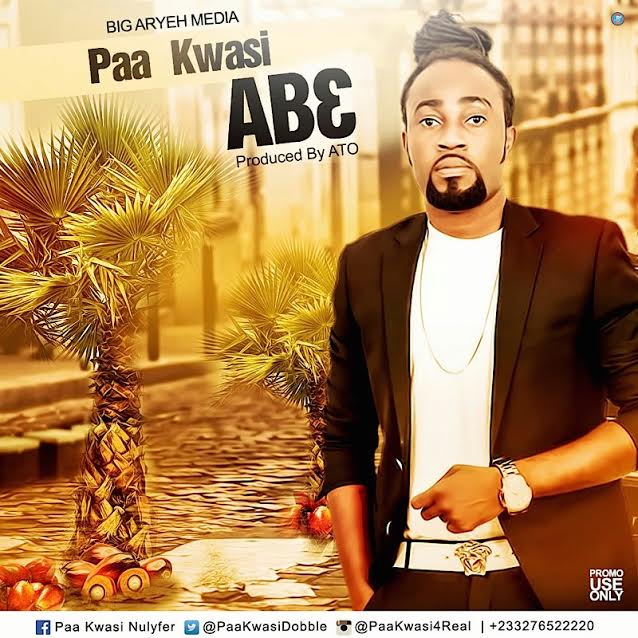 One would ask why this tittle for his latest song but the “Nulyfer boss promised and also teased his fans with his artwork on Facebook page, which got the minds of patrons wanting to hear the song.

The Highlife song ‘Ab3’ was produced by genius Ato. Paa kwasi latest song seeks to praise and also educate Ghanaians the uses of Palm Nut trees and what it can do to sustain the economy of the country.

This has never happened in the history of Ghana music were artistes sing to glorify a fruit for different usage.

When asked why he choose Ab3 as his single he said: am very happy about this latest single I won’t say much just download it and add it to your play list and let’s take highlife music to next level.

Paa kwasi has released many singles and videos including Nipadasani, Awuor among others. The song will be released this Friday 17th March, 2017.