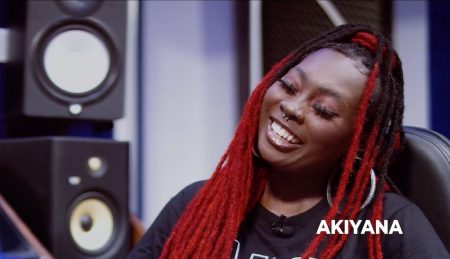 “With Black culture driving global culture, REVOLT is committed to expanding globally both in terms of footprint and storytelling,” said Detavio Samuels, CEO of REVOLT,” adding, “We are committed to telling stories from across the Black diaspora, and are excited to welcome back What’s Good Africa through our content partnership with What’s Good Networks.”

“No matter where you go in the world, Hip Hop and music culture constantly bring people together,” said Alex Kwesi Crassie, Co-Founder and CEO of Ark House Productions. “I’m super excited to partner with What’s Good Networks and join What’s Good Africa as a host and Executive Producer. This second season is going to be one you don’t want to miss.” Ark House Production is a Johannesburg/Accra based production company co-founded by Alex Kwesi Crassie and Executive Producer, Mandy Mpungose.

The second season of What’s Good Africa will premiere on REVOLT’s linear TV channel on Wednesday, September 8th at 9:30pm EST with new consecutive episodes airing every Wednesday for ten total episodes.  African TV partners will be announced in the coming weeks.

“We are dedicated to sharing compelling stories about the African culture, and partnering with REVOLT again will further carry out that mission,” said Tilomai Ponder, CEO and co-founder of What’s Good Networks. “We are honored to showcase Ghana’s dynamic talent, and the second season of What’s Good Africa will enable viewers to explore the Ghanaian lifestyle in a cultural and relatable way.”

REVOLT is the leading Black-owned and operated multimedia platform servicing content 24/7 across digital, linear and live media channels. The platform produces rich content and original material with the biggest names in Hip Hop, along with reports of breaking news, current events, trends and announcements within the Black cultural movement and Hip Hop world. REVOLT takes pride in its diversity, both in its mindset and its company makeup, further instilling its dedication to culture within its staff and audiences. Founded by Sean “Diddy” Combs in 2013, REVOLT attracts over 50 Million millennials and Gen Z audiences through their disruptive, authentic material across all platforms. In 2021, REVOLT will launch a brand new digital mobile app where users can view extended releases, live updates from relevant news, exclusive specials and much more. For more information on REVOLT’s digital content, please visit https://www.revolt.tv/ and visit https://revolt.tv/listings for local broadcast listings.

I Am No More Working With Nana Boroo – Kweku Smoke

Clemento Suarez, Aka Ebenezer, Rhyme Sonny, Amerado and more win big at the 2nd Edition of the Comedy & Poetry Awards

Songstress Ama Nova hints of her type of man (WATCH) 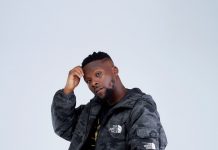 Sauz August gets ‘Inside’ to confirm his readiness