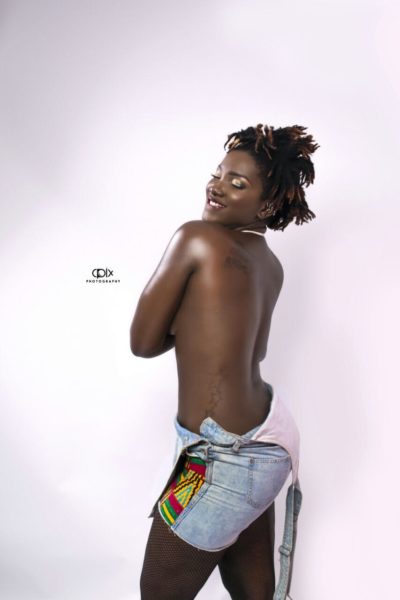 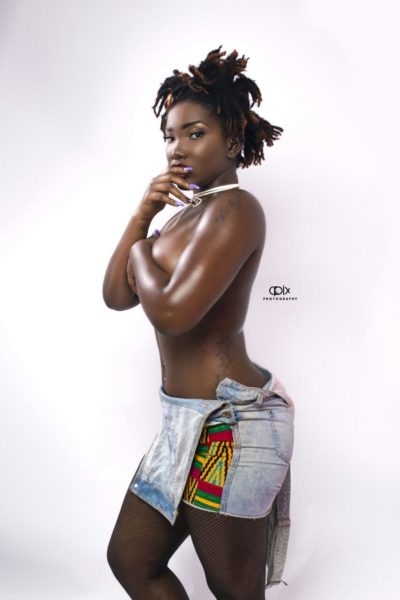 90s Bard Gyal Ebony released some images on her birthday and unfortunately music lovers are taking it in the negative way. The image which exposes some part of her body and showed some flesh has created a whole conversation that she is talentless and they believe that she going naked will rather make her known.

In an interview with GhanaNdwom.com, the “Posison” hitmaker made it known to that she has the talent and her songs are making her popular. “Listen to all the songs i have released, from Dancefloor, Kupe all the way to Poison it’s entertaining people. There are people who have never seen me before but know my music very well and can sing every single bit of it,” she said.
“My appearance is catching the attention but my music is what the focus of my fans is rather on. You will love to listen to Ebony over and over again” she added. The Rufftown Records / Midas Touch Inc signed act has been nominated in the upcoming Vodafone Ghana Music Awards Category which are the Reggae / Dancehall Artiste of the Year, Best Reggae/Dancehall Artiste of the Year and Best New Artiste of the Year.