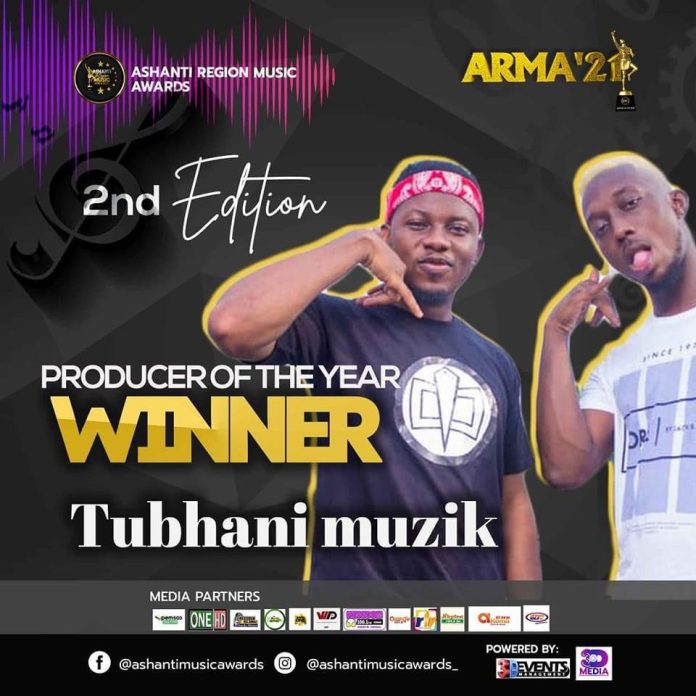 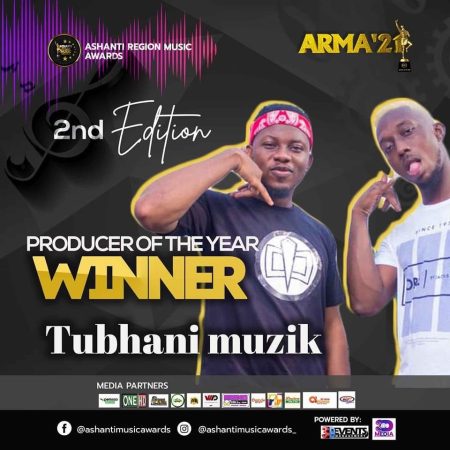 TubhaniMuzik is a music production duo spearheaded by two skilled sound engineers; Carl Benjamin Akan-Duncan recognized mostly as Tubhani Duncan or TubhaniBeatz and Dennis Anaba, known widely as Denswag. Tubhani Duncan handles their studio in the southern part of Ghana from Accra where he’s based while Denswag operates their northern studio from Kumasi where he also lives.

cHECK oUT : Article: From Slavery to Sorcery Africa Must Unite

Recognizing their tireless effort as a music production duo, the Ashanti Region Music Awards board nominated TubhaniMuzik for the Music Producer of the year( 2021) award, competing other talents like Ipappi, Cabum, Apya, KhendiBeatz, Izjoe beats and Chensee Beatz.

The prestigious event which was held on the 18th of December, 2021, saw TubhaniMuzik emerge as the official winners of the Music Producer of the year category in the 2nd edition of the Ashanti Region Music Awards.