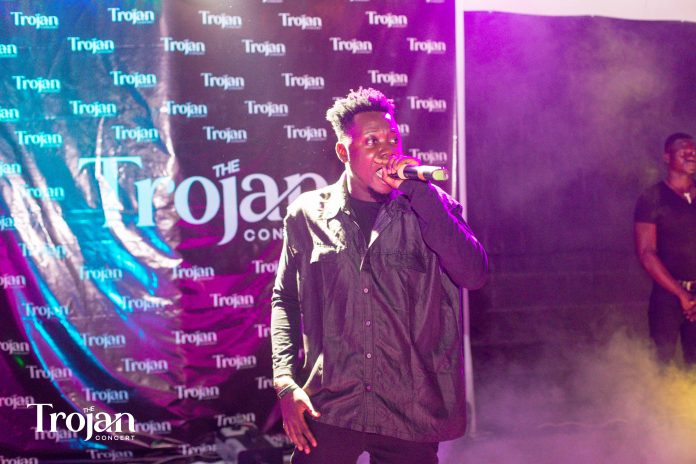 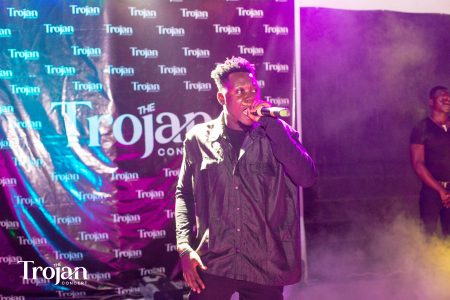 It was an exciting event as reigning Western Music Awards Hip Hop Artiste of the Year, Casta Troy and other musicians thrilled patrons of his first-ever, TROJAN CONCERT at the Takoradi Library’s Amphitheater .

Patrons where left wanting for more as all the artistes who performed expertly gave their best during the concert.

The Trojan Concert had over 10 performances from other musicians including Nemisis Loso, Weaporn, The Township, Reskew, Bobo Dada Bee, Ayma, Janaya X, Aya Ramzy B and many others.

Casta Troy started the event with his interlude, ‘Trojans’ and followed it with a rock and roll kinda beat with great drum percussion and guitars which saw everyone clapping. He performed 5 songs and left the stage for Nate A-Eshun who gave patrons some soothing performance. Ayma followed Nate A-Eshun and she really provided one of her best performances as she performed 3 of her hit songs.

Abi.Deen also showed why he is a force to reckon with, as he took to the stage to give patrons what they really expected him to do. Abi.deen invited Casta Troy on stage to perform for the first time together their 2019 recorded song, California Dreams.

Aside from these performances, Casta Troy also showed why he is an award-winning artiste as he performed all his songs on his MIND OF PICASSO II album.

Weaporn also moved the crowed to his hits songs same way The Township had great applause from the audience during his 10 minutes performance.

Mid way through Casta Troy’s performances, he invited Reskew, AJ Sunset, Janaya X, Bobo Dada Bee and Phynex to share the stage with him. He also brought the gospel in him as he gave his own rendition of Pastor Joe Bechem’s, ‘Ao Yesu’.

Considering the energy put in by these talented musicians, the program was nothing but success.

The PM hosted event saw Dj Paa Kwesi aka Africa’s Coolest Dj treating patrons to some great dancable songs when there were no performances. The concert had other award winning musician Corp Sayvee, Kobby Major and other radio and TV personalities like Jm Ceasar, Roselyn Djan among others seated to enjoy till the end of the show.

Here are some photos from the event;

The Gold BlockParty To Hold In Accra On January 5, 2022

Are you ready!! The Camboo Rave is this Saturday