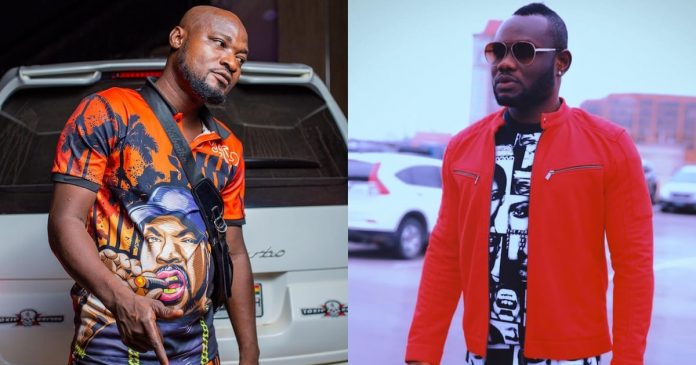 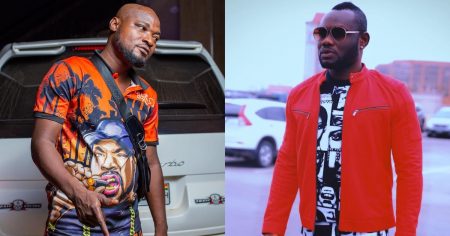 Prince David Osei, a famous Ghanaian actor, model, producer, director, and philanthropist has found himself in the bad book of popular Ghanaian comedian, Funny face after he posted a prayer emoji in relation to Funny Face’s ordeal with the police.

Funny Face commented that “Your prayer sign in my ass…”

He continued by saying that “Don’t let me start revealing your secrets. You teamed up with my haters Kalybos, Bismark, Liwin, and General Ntetia to disgrace me… You guys called for war. You can’t handle,”

“My brother I am not against you and can never be against you brother, I feel your pain and empathize with you…”

Prince David Osei however replied that “Everything will be okay bro, it is interesting how some people including bloggers, sending me screenshots of you insulting me on your page, just because I sent a word of prayer to you… I won’t let them win bro, just wondering why they won’t use that same energy they using now to make a stupidity trend, to solicit help for you, and talk about your Police Brutality… Praying for you Funny Face all these shall pass soon!! PRAY FOR FUNNY FACE.”

A peeved Funny Face who has had two unsuccessful marriages among others insulted Prince David Osei and accused him of joining forces with colleagues in the industry to plot his downfall.

Funny Face was arrested on Monday after he was engaged in an altercation with a drinking pub owner. Central Regional Police PRO, DSP Irene Serwaa Oppong told the media the comedian was reported to have fired warning shots with his pump-action gun during the scuffle, an action which prompted his arrest.

Video clips of his arrest subsequently flooded various social media pages. The videos captured how Funny Face was manhandled by the police.

Funny Face later shared the video on his Instagram page and captioned it: “Ghana Police will burn in hell. Armed robbers will continue to shoot and kill u all in JESUS name” a post which elicited sympathy from many including Prince David Osei but his commiseration was vehemently rejected.

In the last couple of months, Funny Face has recorded several videos revealing the torrent of bad luck and drama that have befallen his marriages.
He has on countless occasions accused Kalybos, Kwadwo Nkansah Lilwin, and Bismark The Joke of constantly peddling falsehood about him. He has also blamed them for his marriage woes.