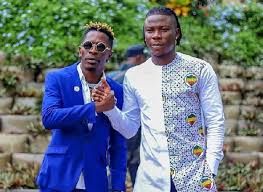 Robert Klah, Head of Public Events and PRO at Charterhouse, yesterday gave the hint that the indefinite ban imposed on the dual, Stonebwoy and Shatta Wale might be lifted sooner. This was confirmed while speaking on Daybreak Hitz on Hitz FM. He disclosed that the board has internally agreed to lift the ban on the dual.

He explained that “It was in principle decided that the ban should be lifted,” he said and added that Charterhouse will issue an official statement after the organizers meet with both artists and their management teams to resolve their outstanding issues. Giving the hint that the lifting might be done sooner than expected. 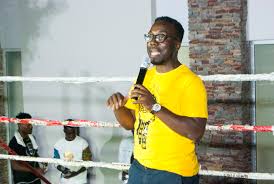 Robert Klah further stated that “There is a reason why this altercation happened and you want to be sure that they don’t resurface. You want to have that kind of conversation to understand and agree on how things should move,” he told the host Andy Dosty.

This comes ahead of the next VGMAs which is scheduled to happen this year as entries has been opened by the organizers to receive nominations until 15th February 2021.

It remains unclear whether both celebrated dancehall acts can or would be allowed to be part of the year’s awards scheme, Mr. Klah explained that should the official announcement to lift the ban be made a date earlier than the close of submissions for nominations, the artists can or would be permitted to submit their works for nomination just as other acts would.

He further put across that musicians who have collaborated with Shatta Wale and Stonebwoy in the year under review can as well submit their works for nominations to be part of the 2021 edition of the VGMA ceremony.

Shatta Wale and Stonebwoy were indefinitely banned from the VGMAs over their misconduct at the 20th anniversary of the Vodafone Ghana Music Awards which happened in 2019. Giving birth to a lot of controversies even about the organization of the award scheme. The misconduct equally saw the two in police custody and smoking the peace pipe publicly.